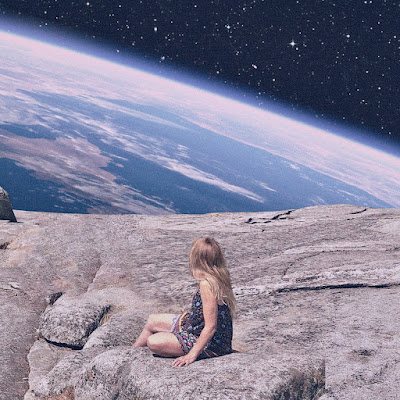 Two years ago I praised musical poet Zach Phillips and his remarkable California themed album, The Wine of Youth. It was the best set of new tunes by an unknown artist that I heard in a long, long time.
My opinion of that album hasn't changed in the slightest, but it also made me believe Phillips would have difficulty following it up. That said, his recently released twelve-song set, Goddaughters, is definitely a flawless piece of California rock. Deciding which of these two gems I prefer is like a Beatles fan choosing between Rubber Soul, Revolver, Sgt. Pepper's, or Abbey Road. It's really not fair to pick one, but if forced to I'll give a slight edge to the new album's predecessor.
Goddaughters is firmly rooted in the SoCal singer-songwriter tradition, but while The Wine of Youth had more of a Dan Fogelberg, 70s feel to it Phillips' latest rocks a bit harder and could be what Fogelberg may have sounded like if he had begun his career twenty years later. It rocks and sounds dreamy all at the same time.

Layered and often chiming electric guitars are combined with lots of organ, piano and Phillips' appealing vocals to pack this set with full-bodied textures that fit squarely into the Americana realm without sounding anything like country music. He adeptly saturates his songs with pleasing melodies and lots of hooks. Sonically, it's easy to listen to and quite radio friendly.

Although there is no indication that Goddaughters is going to be his final record Phillips said it was conceived with one simple question in mind: What does a final album sound like? That's an interesting query and a totally coincidental one for a blog that has recently made a point of writing about artists' last albums.

In his press release Phillips writes, "As the songs began coalescing, I noticed that they shared the same threads: legacy, transcendence, being in the moment. And I realized, ‘This sounds like a final album. If not my final album, the kind music someone would leave to the world when making a swan song.’”

On "Psychics" Phillips wonders why these soothsayers who predict that the world will end never seem to care. "Well, the psychics say the world’s going to end in sleep. They say it’s done; we’re in so deep. I wonder why they never seem to weep."

"Ocean of Song" appears to be about beginning life with an inherently built in disadvantage, but with a little bit of luck and our own determination many of us will eventually find our way. It feels like a secular metaphor for overcoming original sin. Your interpretation may vary. "We're nowhere but on the run. Cursed before we've begun. Those tendrils of yesterday will leave us broken. And kingdoms fall apart. And the long-forgotten ark. It sails the night alone until we've woken."

As you can see with just these two examples - lyrically - Goddaughters is a deep album. It may take you some time to absorb all of Phillips' thoughts, but the brushstrokes coming from his pallete are so appealing that you'll keep listening until you fully devour everything he has to say. Buy this record! You deserve it.