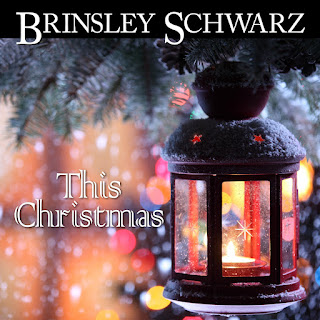 Brinsley Schwarz was the guitarist of a very fine, English pub-rock band from the early 70s that was named after him and included both future star Nick Lowe  and the group's rhythm guitarist  Ian Gomm . After the quintet broke up Schwarz worked with both Graham Parker and his band, The Rumour, as lead axeman for twenty-five years. The British rocker is still working today and he released a new song for the season shortly before Christmas 2021, but I didn't discover it until early this year while working on a review of his most recent solo album,  Tangled . Let's start the discussion of this song with a quick clarification. Schwarz's "This Christmas," is his own, recent composition. It is not the often covered, perennially overplayed, holiday classic first released by Donny Hathaway way back in 1970. Schwarz's inspiration for the song came from experiencing a cold but beautiful winter's evening sky brightly lit by a multitude of stars. It was shortly be
Post a Comment
Read more

Bruce Springsteen - Only The Strong Survive (2022) 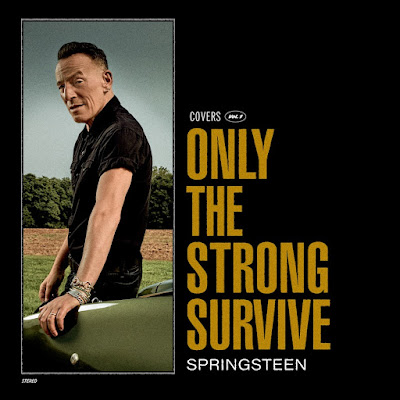 It took me awhile to become a Bruce Springsteen fan. I liked his songs but not his singing. There was a time when his voice really grated on me, and it didn't help that WMMR - Philadelphia's alternative rock station of the early 70s - played his first two albums,  Greetings From Asbury Park, NJ and The Wild, The Innocent and the E Street Shuffle,  incessantly. Unfortunately, no matter how hard I tried I just couldn't get passed Springsteen's vocals. Otherwise, his singer-songwriter folkiness mixed with generous doses of rock, R&B and jazz were a perfect fit for me. Due to the hall-of-famer's exceptionally devoted fan base I learned about his legendary live shows, and on the evening of September, 18, 1984 I finally went to see him and his terrific E Street Band during their  Born In The USA tour. It was at this last of his six consecutive shows at The Spectrum that I became a Boss believer. That evening, the star and his band played for three and a half hours,
Post a Comment
Read more 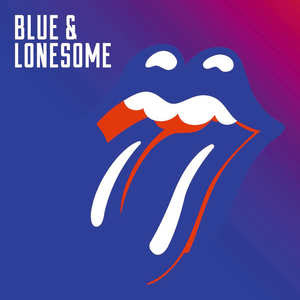 With the remaining members all well into their 70s and Charlie Watts already gone Blue & Lonesome is more than likely The Rolling Stones' last studio album, and it's their only full length record since The Bigger Bang  was released way back in 2005. It's also a surprise because there isn't a single Keith Richards / Mick Jagger original song anywhere. Instead, Blue & Lonesome offers up twelve raw covers of old blues tunes, many that predate the infamous British rockers' career. I've written here before that when an artist releases an album of all cover songs it's often because he or she has run out of inspiration while still having contractual obligations to fulfill. It is to the Stones' credit that they didn't fall into that fatal trap by releasing an album that often puts the nail in the coffin of many formerly great and productive careers. Blue & Lonesome sounds like a true labor of love. The blues are what inspired Jagger and
1 comment
Read more 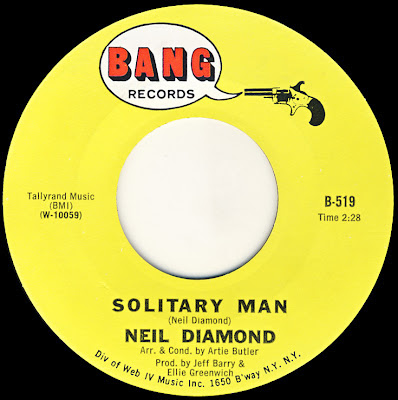 Before "Sweet Caroline" became a fixture at Fenway Park prior to the Red Sox batting in the bottom of the eighth inning, and before he littered the landscape with "You Don't Bring Me Flowers" along with Barbra Streisand in 1978 - followed by "Forever In Blue Jeans" the next year - Neil Diamond was considered one of mainstream music's cooler dudes. As proof, Robbie Robertson, an elite member of rock's royalty, produced his 1976 LP, Beautiful Noise . Diamond was also one of the featured artists on The Last Waltz , a film directed by Martin Scorsese that became The Band's outstanding farewell to the world. Before that, many of Diamond's hit singles rocked, and the ones that didn't contained quite a bit of lyrical substance and musical complexity. One of those, "Solitary Man," is among his most memorable. This excellent single was Diamond's first one to chart in America. It was released twice, but it didn't crack the t
Post a Comment
Read more 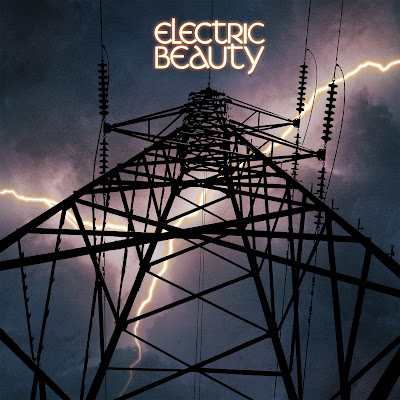 Electric Beauty is a new trio of old friends and rock veterans from Minneapolis. The band's lineup includes Wayne Hasti on guitars, bass and vocals with Charlie Pine on vocals, piano, Hammond C3 and ARP Omni2. The group is rounded out by percussionist and drummer, Jim Tollefsrud. Pine was the original fourth member of Husker Du. He played on their very early gigs, and he was also the first manager and producer of The Jayhawks. Hasti played with a host of underground legends, and Tollefsrud is a respected drummer in the Twin Cities. Music writer and critic, Tom Moon wrote, " The more you love music, the more music you love." It's a quote I once used under the title of this blog that describes Electric Beauty well because they employ a wide range of rock & roll influences into their songs - everything from British Invasion to David Bowie, to modern rock. All twelve tracks on this eponymous debut album originated from within the band. They're not lyrically heav
Post a Comment
Read more 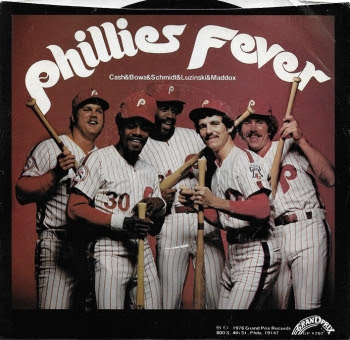 The Philadelphia Phillies are finally in The World Series again for only the sixth time in my lifetime. Considering my days as a baseball enthusiast began in 1961 - the year of their infamous twenty-three game losing streak - that isn't very often. It's a record of futility that has never been broken. They finished that season with a horrid 47-107 record.  UGH! The Phillies are historically known for playing poorly all the way back to 1883 when the National League expanded to Philadelphia after disbanding a team located in Worcester, MA. Their original name was the Quakers and they played like pacifists. Most of their reputation as losers came from many terrible seasons that followed World War One until they finally assembled an outstanding lineup in the mid-70s. In 1976 the "Bicentennial Bombers" made the post-season for only the third time in their history, and they finally won their first ever World Series in 1980, ninety-seven years after the team first stepped on
Post a Comment
Read more 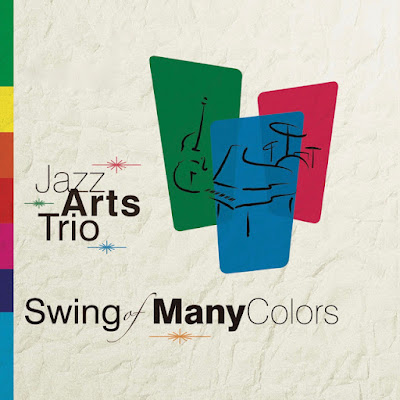 How Swing of Many Colors by Jazz Arts Trio was created makes no difference to me because the end result is pleasing piano jazz. But, I'm sure many of the genre's true aficionados will be appalled as soon as they discover how the album was made - even without ever hearing a note. The trio's goal while making this album was to exactly duplicate recordings originally made by great jazz pianists they admire. Almost all of the selections on  Swing of Many Colors  were transcribed note for note - including the bass and drums - and recorded much like classical musicians recreate works that are centuries old. That's the part I believe may upset some of the more devoted jazz fans. It's a genre that takes pride in improvisation and you'll find little of it here. Jazz Arts Trio are Frederick Moyer on piano, Peter Tillotson on bass, and drummer Peter Fraenkel. They were high school friends who played in a band together, went in separate directions after graduation, then re
Post a Comment
Read more 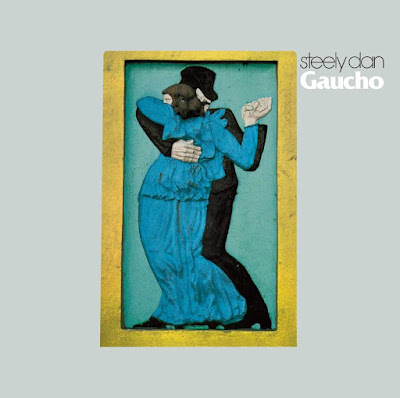 The disappointing Gaucho was Steely Dan's followup to  Aja , their superlative 1977 album that still ranks as one of my all time favorite records decades after its release.  Gaucho had two tracks that received heavy radio airplay when it was released, and both "Hey Nineteen" and "Babylon Sisters" are still heard on classic rock radio stations today. When I initially heard them I immediately noticed that they   sounded like nothing more than outtakes from its highly regarded predeccesor. Steely Dan was not a band known for writing beautiful melodies. Instead, they always offered an abudance of hooks and jazzy solos that kept listeners interested. Listen to the unique, instrumental midsection on Aja 's title track. Compare it to anything on Gaucho  and you'll find the newer album just doesn't hold up, even with the help of the great Mark Knopfler who added a guitar solo to "Time Out of Mind." The record's mechanical stiffness has stole
1 comment
Read more
More posts