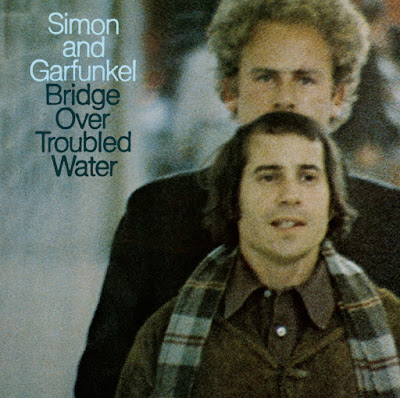 Bridge Over Troubled Water is the fifth and final album Simon and Garfunkel made together. The eleven song record is quite eclectic. It's considered to be the gem of gems in the duo's catalog. It was released in January 1970 and they parted ways just a few months later.
While they would get together in the future for a few concerts and a live album - plus a one-off single, "My Little Town," that appeared on a solo album for each one - this marked the end of their time together as true collaborators.
All of the songs, except for a cover of The Everly Brothers' "Bye By Love," were written by Simon and the title track is often considered the best song the two ever produced together.
The single that gave the album its name soared all of the way to #1 on Billboard's Hot 100 and stayed there for six weeks. It won Grammy Awards for Song of the Year and Record of the Year. Simon wrote it for his partner to sing although Garfunkel originally insisted that the composer sing it himself. In the end Simon's only contribution to the actual recording consisted of harmony vocals in support of Garfunkel. Many years later Simon revealed he should have taken his partner's advice.
I saw Garfunkel close his headlining show at radio station WXPN's 2003 music festival with what became his signature song. To hear him sing "Bridge" live was a musical highlight I still haven't forgotten. It's too bad that half of the concert's attendees went home for the evening before he took the stage - believe it or not - right after They Might Be Giants finished their set.
"El Condor Pasa (If I Could)" is where Simon began to show his interest in world music. It was written in 1913 and has its roots in Peru's Andes Mountains. Simon added some English lyrics to the original. Unfortunately, he ran into copyright issues when he included the song on the album after he was told it was a traditional tune. It reached #18 on the American singles chart.
Simon's humorous side came through on the #4 hit single, "Cecilia," a quite risqué release for radio in 1970. Looking back on it now, I'm actually surprised it got the necessary airplay needed to make it a top ten hit.
The fourth top twenty entry, The Boxer (#7), is a sad tale about a prize fighter who never quite succeeded. This track is a particular favorite of mine. I've always loved songs that tell a complete story, and this hit is one of S&G's all-time classics. It could have been made into a movie or a novel if anyone ever wanted to flesh it out.
"Keep The Customer Satisfied" is upbeat, horn driven rock and "Why Don't You Write Me" is about wanting to hear from an absent lover.
"Baby Driver" is an another rocker. It's about a young man's first sexual adventure and is played over the closing credits of the 2017 movie of the same name. 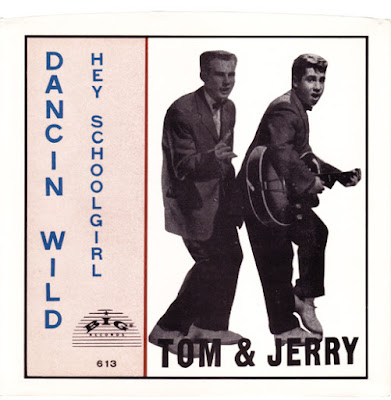 "The Only Living Boy In New York" is  a message to Garfunkel. Simon was left alone in the Big Apple to work on the album while his partner was away in Mexico, acting in the film, Catch-22. The name "Tom" that he used in the song is a nod to Tom and Jerry, the name Simon and Garfunkel  took when they released their first single, "Hey Schoolgirl" back in 1957.
The single reached #49 on the Hot 100 after DJ Alan Freed accepted payola payments to play it in heavy rotation on his show. That led to further exposure on Dick Clark's American Bandstand. To me, they couldn't have sounded more like The Everly Brothers on that record if they tried. As a bonus, you can watch the video of "Hey Schoolgirl" below.
Garfunkel requested that Simon write a song about architecture as he studied the subject in school with the intent of pursuing it as a vocation in case his music career didn't work out. As it turns out, "So Long, Frank Lloyd Wright" is not really about the world famous architect. It's another veiled tribute to Garfunkel, but the composer never told his friend that the song was about him. Garfunkel didn't discover that well-kept secret until years later, and it didn't sit well with him that he was never let in on it.
Simon seemed to know that this was the end of the duo's friendship and their beautiful, joint career. The album's closer, "Song For The Asking," is a peace offering extended with the hope the duo could work together again someday.
One of the things that made this long-player different from S&G's earlier work is that fact that even though Simon wrote more cryptically than most of the more plainspoken, personal songwriters like Jackson Browne, the tracks he wrote about Garfunkel make this set much more introspective than their earlier releases.
Regardless, Bridge Over Troubled Water was a fine way to end one of the great two-person partnerships in music history. As we all know they both continued to record and perform live throughout the years with Simon, of course, being the far more successful of the two.
Read more about Simon & Garfunkel's messy parting of the ways at Far Out Magazine and a 2015 interview that proves Garfunkel is still bitter about the breakup.
_______________________________________

In the majority of cases recording artists' most revered and famous records are made early in their careers, but there are some noteworthy final records that should be included in your collection. To qualify as a "last album"  the set must have been recorded as new material intended to be released to the public as a complete album but not necessarily the last one.