Is Your Favorite Artist A Sellout? 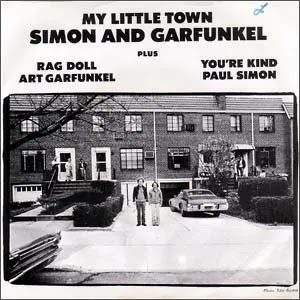 Wikipedia defines a musical sellout as one "who alters his material to encompass a wider audience, and in turn generates greater revenue."

The Urban Dictionary describes a sellout as "anyone who sacrifices artistic integrity in an effort to become more successful or popular (generally in music); someone who forgets their roots."

It's sad when respected musicians become more motivated by financial concerns than a desire to follow their muses but that isn't always the reason someone will be branded as a sellout. Sometimes the artist will have that unfortunate label attached to him even without losing any artistic honesty.

I'm sure we've all met snobs who truly believe that any music that sells in large quantities is unworthy of appreciation. How many times have you known an obscure cult band that was loved by the music press (I'm looking at you Rolling Stone) and as soon as they've scored a hit they're considered a bourgeois joke?

Way back in 1975 Paul Simon & Art Garfunkel were criticized when they reunited to record "My Little Town." A person I knew back then complained the song was recorded strictly for commercial reasons. Why? Because, in addition to the single it also appeared on two albums released around the same time instead of just the usual one: Garfunkel's Breakaway and Simon's Still Crazy After All These Years. She believed that the sixties folk-rockers were trying too hard to promote it.
I'm sure the track's release on two entirely different LPs in addition to the 45 RPM single may have helped it reach #9 on Billboard's Hot 100. It probably stimulated sales of both albums too. Did employing an uncommon marketing approach make the much loved duo sellouts? What is wrong with promoting your work? Isn't it possible that "My Little Town" sold well simply because it's a very good song? Would the cultural elite have considered the hit art instead of a commodity if it had bombed?

As usual, Simon's lyrics were thoughtful and brought to my mind what I believe are vividly accurate images of a rundown, central Pennsylvania coal mining town. "And after it rains there's a rainbow and all of the colors are black. It's not that the colors aren't there it's just imagination they lack. Everything's the same back in my little town."

A few years ago I heard singer-songwriter Dar Williams interviewed on the radio. The host asked her about a particular song and Williams' paraphrased response was "I realized I wrote a pop song but fortunately it had no commercial value whatsoever." My immediate thought was, "Go ahead Dar, starve to death."

Sometimes public derision of a musician or group has a bandwagon effect. Hatred of the hugely popular 70s band, Eagles, became a trend among people who wanted to prove they were a lot more cultured than listeners who enjoyed music popular with mainstream fans. Did it make them feel superior to everyone else? In my humble opinion, Glenn Frey, Don Henley and company never sold out, but to the snobs they would never be any good simply because they were one of the top selling acts of the 70s.

What is the purpose of making movies or art nobody will see or recording music nobody will hear? Does it make a difference if the work is loved only by the "right" people? There have been many obscure musicians that I loved. I didn't abandon them as soon as they started filling basketball arenas instead of coffee houses if their integrity remained intact.
What is your opinion on this subject?
Miscellaneous Simon & Garfunkel