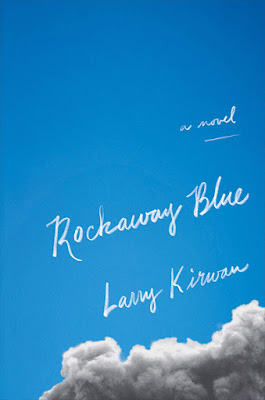 When I first listened to Black 47 I was astonished by their unique sound. I loved everything about them even before I discovered they were considered one of the elite Celtic-rock bands in America.
Unfortunately, mainstream success always eluded the New York outfit despite working with highly regarded rockers such as The Cars' Ric Ocasek who produced their major label debut CD and live appearances on many of the biggest late night talk shows. They were guests of David Letterman, Jay Leno, Conan O'Brien and Jimmy Fallon.

After listening to Black 47's fourth major label studio release, Trouble In the Land - the CD that was on record shelves when I first discovered the sextet in 2000 - I wrote these words to describe their music: "The band played a loud mixture of Celtic folk music, punk rock, and reggae punctuated by Irish revolutionary politics. If you can visualize Bob Marley and the Wailers, The Chieftains, and The Clash all playing on stage together in the same band at the same time, you get the idea."

Leader, composer, and singer Larry Kirwan disbanded the group after twenty-five years together at the end of 2014 with most of their original lineup still onboard. This has given him more time to pursue his other artistic interests that includes writing sixteen plays and musicals, five books, hosting his Celtic Crush radio show on Sirius XM, and leading annual trips to Ireland - a carryover tradition that began with Black 47.

In 2003 Kirwan wrote Liverpool Fantasy, a novel about what would have happened to The Beatles if they failed to make it to the big time. It's an excellent alternative history that you can read more about here along with an email interview I conducted with the author around the time of his book's release.

We're going to get to Kirwan's most recent music in another post soon but first let me tell you about his brand new novel, Rockaway Blue. It's not music related but I'm going to use the excuse that the book was written by one of my favorite musicians to justify discussing it on what has always exclusively been a music blog.

This time Kirwan's fiction was inspired by the tragic events of 9-11-2001. I like to call the Irish-American's writing "reality fiction" because while his plots are imaginatively original he draws his inspiration from actual historical events or real people. His storylines may not have actually happened but they easily could have.

Readers should find Rockaway Blue enticing. Lieutenant Brian Murphy of the NYPD heroically saves seven lives in the World Trade Center that horrible September morning. Sadly, his heroism costs him his own life along with over four hundred other firefighters, police, and first responders.

Three years pass. Murphy's father - who is also a dedicated New York City police officer - believes there is more to his son's death than running back into the North Tower to continue his selfless mission. He wants to know why Brian was in the tower that morning. He wasn't supposed to be there. The elder Murphy starts asking questions. His investigation is not an easy one as he faces difficult situations with his own family and a stonewalling police department.

Just like Kirwan's old band blended several styles of music Rockaway Blue uses multiple elements to develop its narrative. It combines adventurism with mystery, history, and both humanity and inhumanity. In the process Kirwan proves fiction doesn't have to be esoteric to be excellent.

You can buy Rockaway Blue from Amazon and Barnes and Nobles.

Finally, let's get back to some music by listening to some vintage Black 47 below.