April 28, 2008
Last week I wrote that in my younger days I hated it when other artists recorded cover versions of Beatles' songs. Ironically, the opposite holds true with Bob Dylan. I learned to appreciate his music mostly through other artists covering his work.

While I've always liked Dylan I could never be counted among his most ardent fans and that is because of one very obvious reason: his voice. Regardless of how easy it is to write the man off as a vocalist there is no denying this giant's talent as a songwriter. His tremendous contributions to both rock and folk music are undeniable.

The following list of Dylan covers is not as diverse as the one I compiled for The Beatles and that is because artists like The Byrds, Joan Baez, Peter, Paul, and Mary, and Austin's Jimmy Lafave (who Dave Marsh said is the best ever interpreter of Dylan songs) all have a special instinctive talent for performing his catalog. Those four appear here multiple times. One song, "All Along The Watchtower," is on the list twice. Here then are twenty-five impeccable cover versions of Bob Dylan's songs listed in alphabetical order by artist. 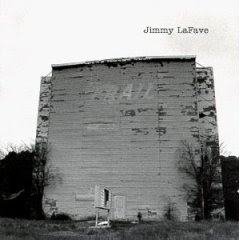