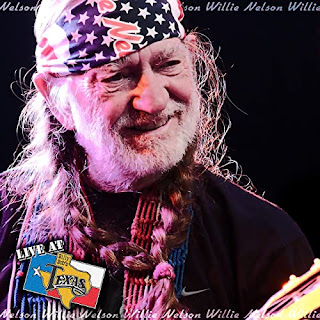 On Live at Billy Bob's Texas, Willie Nelson is so laid back one may believe he is playing a concert from his bed. Even the late Perry Como - who was the ultimate, laidback crooner - offered more excitement than Nelson and his band exhibited during this concert. Both he and the band sound exhausted.

We all know that Nelson is no showman in concert. No one has ever expected him to be a dynamic Springsteen-style performer, but he was always able to deliver the goods. Yet, all through this live show the legend sounds as if he's barely awake.

Too many times Nelson lazily "speak sings" his lyrics. This is especially noticeable on more familiar material such as "All of Me," "Blue Skies" and an absolutely awful take of "On the Road Again." Throughout the entire 20 song performance - that thankfully clocks in at less than an hour - his guitar playing sounds as unmelodic as his singing.

The bonus live DVD that comes with the CD doesn't add anything at all. Nelson and the band look as bored as they sound. It's hard to believe that a superstar would not have one stimulating moment during a show, but that's what we find here.

We've all heard better Nelson than Live at Billy Bob's Texas. Perhaps it was just an off night. I never saw him in concert but I've seen him play on television many times and he always provided enough spark to keep me tuned in.