A Brief Assessment On The Talent Of Ringo Starr 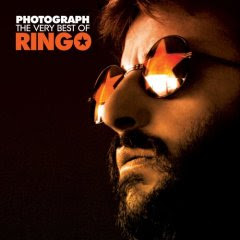 Because I'm writing this only as a listener and a fan - and not as a musician - I'm unable to discuss the fine points of drumming, so I'm just relying on my untrained ears to determine if Ringo Starr is a master of his instrument.
Many years ago I believed that the rest of The Beatles defended Starr's talent more out of loyalty and deep friendship than anything else. I never heard his name mentioned with the widely acknowledged great drummers. Dudes such as Charlie Watts, Ginger Baker and John Bonham were all supposed to be better than Liverpool's native son. I assumed I wasn't totally wrong when I discovered that producer George Martin (a man who should know) used another drummer of his choosing for his first Beatles recording session.
I always cited "In My Life” and “Free As A Bird” as proof Starr wasn't super-talented, but later I determined that his playing wasn’t the problem on either one.
John Lennon's otherwise outstanding song from Rubber Soul should never have used any percussion at all. Drums are just an annoyance that diminishes its impact. Eliminating them entirely would have made the track even more beautiful, emotional and folk-like. Neither "Eleanor Rigby" nor "Julia" required drums and "In My Life" doesn't need them either.
On "Free As A Bird" Starr was hindered by Lennon’s metronome that he used as a guide on the original tape Yoko Ono gave to the other three Beatles to complete for the 1990's anthology series. He had to overcome the stiffness of the source recording, so the song's awkward, robotic beat isn’t really Starr’s fault. He had to work around the huge liability dumped on him, and it doesn't help that the song isn't up to the Fab Four's usual high standards.
I now have to admit that I was always wrong about Starr because after listening to "Rain" (his favorite personal performance) "Hey Jude," "Strawberry Fields Forever," and especially "A Day In The Life" intently for decades I eventually came to realize how unique and talented the man is. None of those songs are simple to play and it takes someone of Starr's ability to make them work. If you don't believe me all you have to do is listen to these four classics as proof that I'm right.
One of the reasons Starr didn't always receive the accolades he deserved is because he isn't a flashy player - no thunderous Keith Moon bashing about for him. Starr only played what a song needed and he never sought the spotlight. He does not like drum solos and had to be talked into playing his only Beatles' solo on "The End" from Abbey Road.
I've always believed The Beatles were so talented that they would have been successful even if they employed a different drummer. I still believe that, but Ringo Starr certainly made them better. After all, if musicians as talented as Lennon, Paul McCartney, and George Harrison decided he was the man to provide them with a solid backbeat who am I to judge?
Beatles Ringo Starr