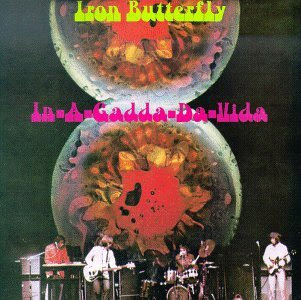 Among my oldest memories are listening to my mother's kitchen radio tuned to the music popular with adults of the early 60s. True, those artists included some giants such as Frank Sinatra, Nat King Cole, Peggy Lee, and Herb Alpert's Tijuana Brass, but unfortunately I also had to listen to The Ray Coniff Singers and The Singing Nun.

Then, in February 1964 The Beatles arrived in New York to appear on The Ed Sullivan Show. It wasn't love at first sight but my conversion came about swiftly and completely. From then on music superseded baseball as a childhood obsession.

The Beatles led me to listen to Philadelphia's only radio station that played rock & roll, top 40 WIBG, 99 on the AM dial. Later I moved on to the more modern, faster-paced WFIL, Famous 56, who usurped WIBG's throne. For those of us living in the northern Philadelphia suburbs we could also listen to the king of all the top 40 stations, New York City's WABC, Musicradio 77, whose signal was actually stronger than WIBG's at night. After dark I also remember tuning in to WCFL in Chicago and CKLW in Windsor, Ontario. Those stations all had one thing in common: very limited playlists.

The top 40 stations were not without their advantages. I was exposed to genres and artists I never knew existed. In the Spring of 1965 my first exposure to black music was on WIBG. I had never heard anything before that sounded like Motown, James Brown, and Ray Charles. I remember hearing my first Beach Boys song, "Help Me Rhonda." WIBG is where I first heard country music. While the styles of music broadcast on these stations varied wildly the listener would only hear the same forty songs over, and over, and over again. WABC even played the number one song every hour!

Broadcasters just didn't seem to care about FM radio. It had been languishing in obscurity for twenty years despite its superior clarity and static free, stereo sound. With FM you could even listen to the radio during a thunderstorm or while driving under an overpass.

Per the website Radio Survivor, in the summer of 1965 the bureaucrats at the FCC actually did America a favor. They ruled that any FM radio station that was owned and operated by an AM outlet would no longer be allowed to simulcast its sister station's programming for more than 50% of the broadcast day if the cities they served had a population of over 100,000. This meant that many FM stations all over America had to come up with a lot of new programming. The stage was now set for the advent of FM rock radio.

Just as The Beatles arrival on these shores totally changed everything about how I viewed music the new FM programming broadened my horizons even more. "Underground" or "alternative" radio stations were able to experiment and play music the AM stations would never think of playing. WIP, 610 AM in Philadelphia, had an FM affiliate that eventually became WMMR, one of the pioneering FM, alternative rock stations in America.

In 1967 a disc jockey named Dave Herman had a weekday evening show on WMMR called The Marconi Experiment. The broadcast aired from 7 PM until Midnight and he only played records that AM radio wouldn't touch. FM played fewer commercials so there was a lot more room for the disc jockeys - many of whom were allowed to program their own shows - to stretch out with all kinds of musical experimentation. One night Herman played the entire "In-a-Gadda-Da-Vida" with its famous guitar riff and drum solo. It clocked in at 17:05. Pink Floyd's "A Saucerful Of Secrets," at 11:57, was another track I remember Herman spinning. I heard Frank Zappa and Jimmy Hendrix for the first time. None of these artists or tracks were likely to be played on AM.

By 1972 GM, Ford, and Chrysler were adding FM radios to their cars as standard equipment. This enabled FM outlets to annually increase their audience and by 1978 they began winning the ratings wars.
Today FM remains a viable listening option. In 2018 Nielsen.com posted the following: "Each week, more Americans tune to AM/FM radio than any other platform. What’s more, according to Nielsen’s second-quarter 2017 Comparable Metrics Report, 93% of U.S. adults 18 and older listen to radio every week—more than those watching television or using a smartphone, TV connected device, tablet or PC."

More recently, as of March 2021, Radio Ink tells us that traditional radio continues to be King of The Car: "Despite wildly complicated looking infotainment screens in new vehicles, easily adaptable smartphone connections and WiFi, AM/FM radio is still king when it comes to what consumers listen to in their vehicles."

So many people had their musical lives broadened by exposure to FM's wide ranging musical offerings  that I believe the 1965 FCC ruling is one of the defining moments in the history of rock & roll and popular music. My tastes, and I'm sure those of a whole lot of other young people, were strongly shaped by what we heard during the years of FM's rise to prominence.