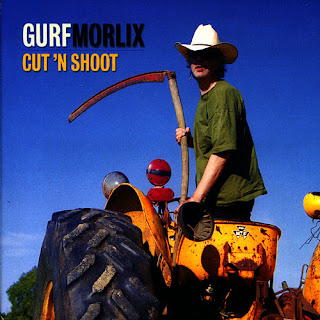 It doesn't get more honky-tonk than Cut 'N Shoot. Gurf Morlix's third solo CD - all of which were recorded after leaving Lucinda Williams' band behind - is pure truck drivin', cryin' in your beer, woe is me, outlaw, country music. It's classic Grand Ole Opry. It's Buck Owens, Hank Williams and Jimmie Dale Gilmore. It is not for city slickers, but if you own a shotgun, a pickup, and a cowboy hat, this album may be your glass of Bud. When you hear these thirteen tracks you'll instantly know you're listening to the real thing.

The song titles and lyrics tell the whole story. "They're Hangin' Me Tonight" is the obligatory song about hard times and a life gone bad. Titles such as "Were You Lyin' Down When You Stood Me Up?" and "I've Got Half a Mind to Tell the Whole Truth" are not only great stereotypical, country song titles, they are pure rural poetry.

Morlix, who played every instrument except for the drums loaded the album with steel guitars, mandolins and banjos. He wrote or cowrote all but one of the tracks and sings with a voice that was made to order for these songs.

Cut 'N Shoot may be too much for modern, mainstream, country music fans. The slick sheen just isn't there and it's definitely too country for commercial radio. This album is for a very select group of listeners who will enjoy it very much.

See a complete biography and discography at Gurf Morlix's website.