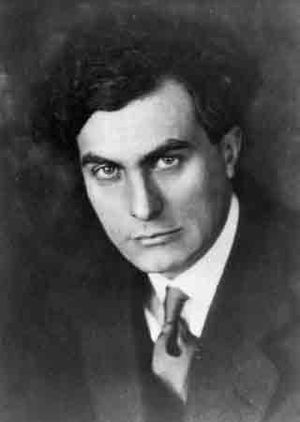 If you accuse me of writing this article as an excuse to feature Robert Lamm's composition, "A Hit By Varèse," a song that opened Chicago V in 1972, you would be right.

Edgard Varèse (1883-1965) was an avant-garde, classical composer whose atonal music had a major affect on rock musicians - particularly Frank Zappa. The composer's "Ionisation" for thirteen musicians is the first ever all percussion piece written for a concert hall and it's a work that motivated Zappa to pursue a musical career. The eccentric rocker readily acknowledged he became obsessed with the composer's music.

Lamm was apparently a fan too and Varèse's music was also an inspiration for two early Pink Floyd albums: Ummagumma and Atom Heart Mother.

Varèse was also a pioneer in the field of electronic music and the usage of tape loops. His trailblazing work in two areas that are quite mainstream today helped him to acquire the moniker "Father of Electronic Music."

Varèse, a Frenchman who immigrated to the United States as a young man, believed that "to stubbornly conditioned ears, anything new in music has always been called noise," so he asked this question, "What is music but organized noise?"

The composer's works that survive today total only about three hours worth of music but some consider him the best and most important of the avant-garde, classical composers.

Much of Varèse's work is probably unappealing to most of those "stubbornly conditioned ears," including mine, but Lamm's outstanding tribute to him became what could be Chicago's most explosive track.

The song's lyrics tell us that Lamm is so tired of moldy oldies that he wants to cry. Musically, it opens with some guitar feedback from Terry Kath and interesting interplay between him and organ player Lamm. After the vocal, the song's mid-section is full of horn induced cacophony and some wild drumming supplied by Danny Seraphine. Those of you who are mostly interested in Chicago's ballads or their mainstream pop-rockers are probably in for a very rude awakening, but I've always been in love with this ferocious piece of dissonance ever since I first heard it.

Below are three live performances of Varese's work. First is the all percussion "Ionisation," an orchestral piece titled "Arcana," and a work for unaccompanied flute, "Density 21.5." Following those pieces you'll be treated to some organized noise from Chicago.