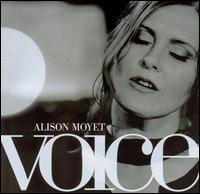 I've always been leery of albums where musicians cover classic songs of bygone eras. It usually signifies a reluctant contractual obligation to their record company, or the artist is in a phase of his or her career where artistic ventures are no longer a priority and the commercial ones have taken over. Frequently these works are recorded after the musicians have passed their prime - and are on the downward slide - as a way to keep the gravy train running with minimal effort. A case in point is Rod Stewart who unfortunately has released four CDs of generic standards.
Cover albums also reveal the quality of a singer's voice. Most composers who write for themselves make sure all of their songs are written in their vocal range so the singer's liabilities either go unnoticed or are minimized. A true sign of vocal excellence comes when a singer nails somebody else's song. If the work is out of reach of the vocalist's capabilities the listener knows it immediately. Anybody who has heard Coldplay's Chris Martin sing "Have Yourself A Merry Little Christmas" will understand what I mean.
Although largely unknown in America, one of Great Britian's most popular singers of the last twenty-five years is Alison Moyet who released Voice in 2004. It's one of those rare cover albums that is truly a labor of love and also one of the few cover albums that can be considered "art" in its truest definition.
Moyet's vocals are simply wonderful on the appropriately named Voice. Every song here is recorded for a reason and her extensive liner notes explain each song's inclusion. Some are featured because she simply loved the music. Several others are featured because they evoked certain familial memories and emotions.
Moyet's cover of the 60s chestnut "The Windmills Of Your Mind" is perfect. The same can be said of jazz standards "Bye Bye Blackbird" and George and Ira Gershwin's "The Man I Love." She covers two Elvis Costello songs: "Almost Blue" and "God Give Me Strength" - the latter, a collaboration with Burt Bachrach. Both songs are included here for no other reason than Moyet greatly admires them. She also sings modern versions of works by classical composers George Bizet and Henry Purcell.
However, the star of Voice is not the songs. It is Moyet's totally exquisite singing showcased against musical arrangements that never get in the way. This CD is a must hear for anyone who wants to experience vocal music at its finest.
__________________________

This review originally appeared on Bloggerhythms in August 2010. It is being reposted now (slightly edited) as part of Women's Music Month.