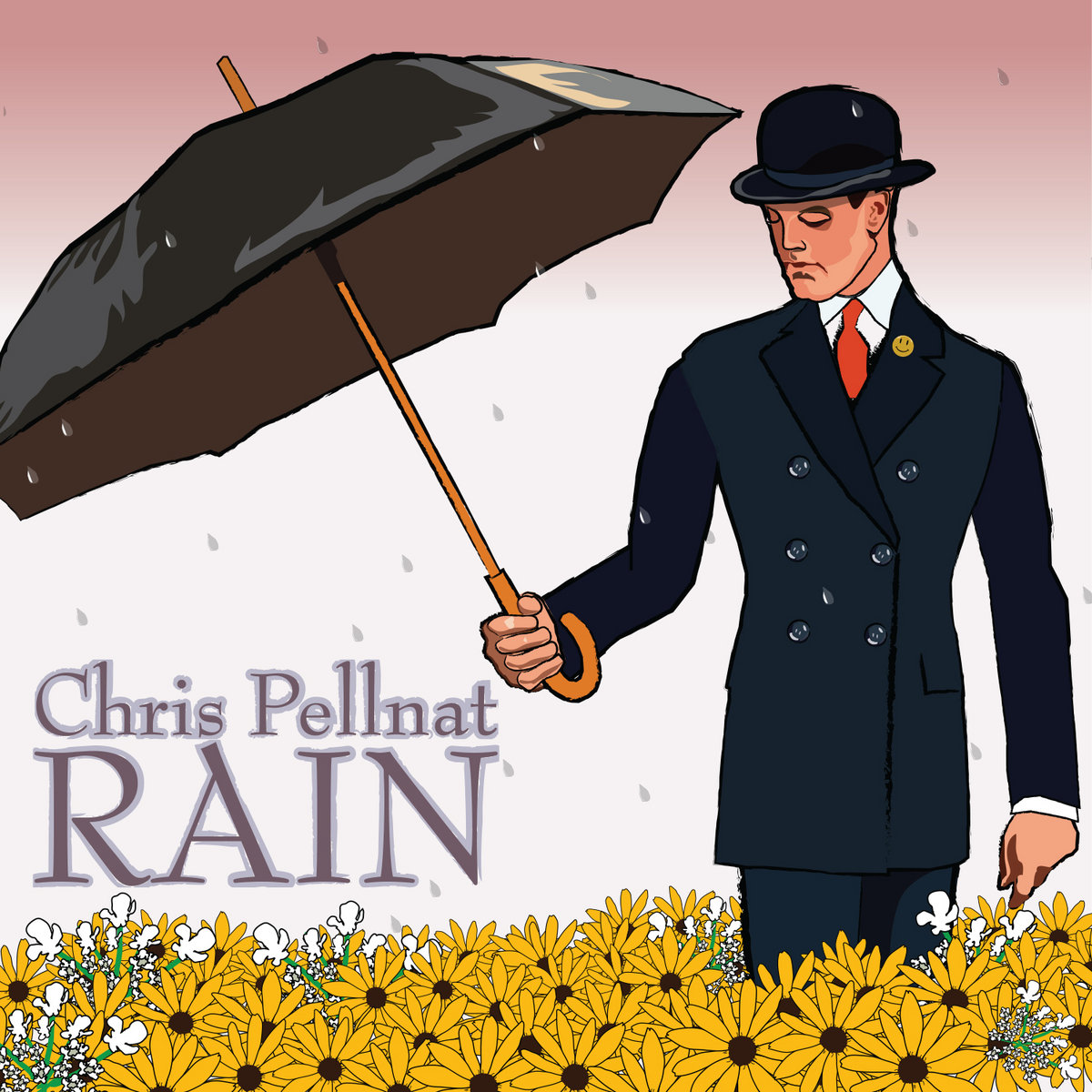 I know I've said it before but it never ceases to amaze me how many talented musicians there are in the world that few people will ever hear. If you're willing to dig deep into the trenches of the Internet you'll be amazed at the number of worthy artists you'll find. One of these is Chris Pellnat from Hudson, NY.

The singer-songwriter's third album, Rain, is soft rock with a twist. On his new, ten song set he is a one man band who plays every instrument well.

At times Pellnat employs only bare bones arrangements. "It's a Cruel, Cruel World" is just his voice, acoustic guitar, and harmonica. Then, on the title track, he kicks it up a notch by plugging in without raising the volume. In other words, he keeps things tasteful.

Pellnat also tosses a little retro-synthesizer, dulcimer, and vibraphone into his songs proving that while he is not at an avant garde artist his quirkiness is what sets him apart from so many other people making music today.

I'll let Pellnat tell you more about the album himself. "Rain is both a continuation of and a departure from my past efforts. I use more synthesized sounds for sure, but the core elements of the music remain actual real instruments played in front of microphones. I think in terms of subject matter and tone, the album seems "happier" and "poppier" - which strikes me as odd considering the state of the world, but that's just how it came out. I feel that on this album, more so than in the past, I was free to do off-kilter indie rock/pop songs that don't fit into today's sounds necessarily."

Pellnat's last statement is quite true. Unfortunately, the singer-songwriter's "sounds" are not what is played on the radio today even though his lyrics include modern touches that young people, popular music's most important consumers, can relate to such as the emoji references in "Hold Me Now."

Even the album cover is gorgeous. The well dressed man in the derby is staring at "Black-eyed Susans and Queen Anne's Lace," a nod to one of the album's songs. The painting is by Gray Lee who runs Houdini Mansions, the record label where Rain is available in several formats.