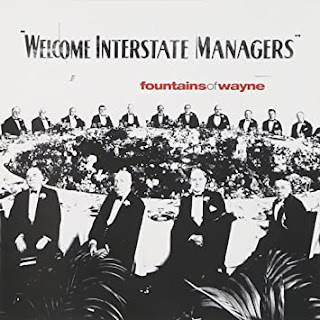 Here is some sad news. Rocker Adam Schlesinger passed away today at 52, another disturbing victim of Coronavirus.

Schlesinger was not a household name but he had a very nice career. Among his credits was an Oscar nomination for composing "That Thing You Do," the title track from the 1997 Tom Hanks movie. He was also the leader of Fountains of Wayne (FOW), the New Jersey power-pop outfit named after a lawn ornament store (I am not kidding). He also wrote music for television and theater.

"Stacy's Mom," FOW's biggest hit, is a twenty-first century, musical version of the 1967 movie, The Graduate. It was written by Schlesinger and lead singer Chris Collingwood. According to Rolling Stone Magazine, in 2003 Schlesinger told MTV his inspiration for the song. "One of my best friends, when we were maybe 11 or 12, came to me and announced that he thought my grandmother was hot," he recalled. "And I said, 'Hey, you're stepping over the line,' but at that point in life, I wouldn’t put it past anyone."

"Stacy's Mom," an obvious tribute to The Cars, became a sensation despite reaching only #21 on the Billboard Hot 100. It became the quartet's biggest hit in America, largely propelled by the funny and slightly perverted video that accompanied it.

The tune fared marginally better in Britain and Australia but it hit the top 10 in Ireland. It was included on their most popular album, Welcome Interstate Managers.

"Stacy's Mom" was nominated for a Grammy for best pop vocal performance and was a certified gold record which means it sold over 500,000 copies.

As a bonus, below the official video starring model Rachel Hunter, is one of my wife's favorite FOW songs, a live version of "Hackensack," also from Welcome Interstate Managers.