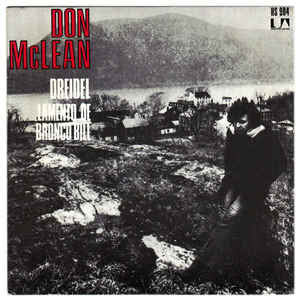 There are reports that singer-songwriter Don McLean is worth around $50,000,000 mostly, I'm assuming, from profits he earned off of the iconic "American Pie" (four weeks at #1 on the Hot 100 in 1972). It's also the title of McLean's second album that includes his next most famous song, "Vincent" (#12), that is about the renowned impressionist painter, Vincent Van Gogh.

Most people don't know McLean beyond those two songs but he is far more than a two hit wonder who is still in the midst of a long career. His last album was released just two years ago.

The singer-songwriter's followup LP to his world famous blockbuster was a self-titled work that contained the single "If We Try." It only received some minor airplay and stopped at #58 but it was the unique "Dreidel" from the same album that gave McLean what would become his highest charting single for many years. It peaked at #21. It wasn't until his cover of Roy Orbison's "Crying" reached #5 in 1980 that he would have any additional major chart success. 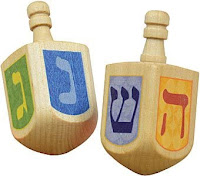 For those of you who don't know, Jewish children use a top known as a dreidel to play a special game during the Hanukkah season and McLean, who isn't Jewish, used it as the theme for his 1972 song.

The single's tempo is one of the keys to its message. To give the listener the impression that a top is spinning while listening to the song McLean varies its speed drastically. It starts out briskly, slows down as the tune progresses, then picks up in intensity again before wearing itself out completely at the end.

"Driedel" is not a holiday song. Instead, the colorful, little top appears to symbolically represent our lives. To McLean, life is an existence you can't control so you just keep going around and around, doing what we are obligated to do until you "just slow down." The arrangement is a lot more uplifting than the lyrics. In that way it's reminiscent of The Beatles' "Help," another buoyant production that sounds totally opposite of the message it delivers.