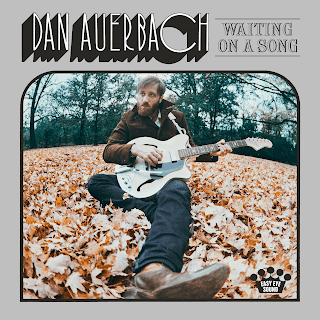 The Black Keys are on "extended hiatus," a state of being that is always regarded as an ominous sign regarding a band's future. However, it's good to know that Dan Auerbach has put his free time to good use by working on a side project for rock fans who appreciate the tuneful, pop side of the genre.

Auerbach's retro-rocking album, Waiting On A Song, offers ten tracks that conjure up pleasant aural images of The Traveling Wilburys that are most obvious on the radio friendly "Shine On Me."

Midway through the record things quiet down with the Sunday morning mellowness of "King Of A One Horse Town" and the pleasingly soft, but tuneful "Never In My Wildest Dreams." The bouncy "Show Me," closes out the album and has a nice, early 70s ring to it reminiscent of Paul McCartney's earliest Wings releases, and the title track is a fantastic way to open the album.

Waiting On A Song is pure pop using real instruments (way to go, Dan) and while it's quieter and less adventuress than a typical Black Keys outing this fine set may have appeal outside the duo's usual fan base. There is never anything wrong with growing your audience as long as you're not selling out and on this, his second solo release, Auerbach certainly has not.