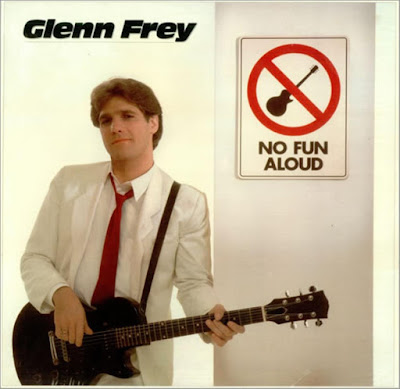 I don't care what "The Dude" said. This one really hurts.

Glenn Frey is gone at age 67, another great musician done too soon. He wasn't old, not by today's standards anyway, but he had a host of medical problems. He suffered from acute ulcerative colitis, pneumonia, and rheumatoid arthritis and the ensuing complications from all of them unfortunately took his life.

I was a big fan of the Eagles and by default, Frey. Not only did I love the early country-rock version of the quartet more than the Joe Walsh era quintet I thought the Eagles' founder was an absolutely wonderful singer. He was the smoothest of the smooth, almost a crooner. In the hall-of-famers' early days he was the man. He took the lead vocals on "Take It Easy," "Tequila Sunrise," "Peaceful Easy Feeling," "James Dean," "Lyin' Eyes," "New Kid In Town," and many more.

After the Eagles Frey forged a solo musical career that wasn't nearly as successful or critically acclaimed as Don Henley's, but I don't care because I continue to believe he was the perfect balladeer who could also compose.

In addition to the the originals listed above Frey also wrote a very funny verse for the Eagles' first hit by finishing an early Jackson Browne tune:
"Well, I'm a standin' on a corner in Winslow, Arizona
Such a fine sight to see
It's a girl my Lord in a flat-bed Ford
Slowin' down to take a look at me."
After his very famous group broke up Frey turned to acting. He guest starred on Miami Vice and took a supporting role in Jerry Maguire.

I laugh at the people who hate the Eagles. I sometimes thought the disdain just became a trendy stand to take among snobs who wanted to show how cool they were by jumping on the hatred bandwagon. You know how some people are. They won't allow themselves to listen to anything that is popular. I'm sure Frey and Henley didn't care because their greatest hits album moved enough units to go platinum twenty-nine times over. Somebody must have loved them.

One of Frey's finest solo works was included in one of my all time favorite films. "Part of Me, Part of You," from Thelma and Louise ranks with his very best Eagles' stuff.

All I can say is thank you for the music Glenn.