How Can Anyone (Especially Women) Listen To This? 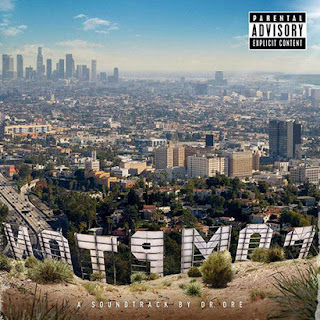 Every once in awhile I acquire an urge to go on a rant regarding something that incenses me about music.  Once or twice before I used this space to vent and stirred up some unfortunate, nasty comments, enough to make me say, "never again."  However, Compton, Dr. Dre's new, soundtrack CD to the movie Straight Out Of Compton, has set me off again.

First, I have to admit that I have not listened to a single note of Dre's comeback album so I know some people will wonder how I'm qualified to write about something I have never heard.  Normally, I would say these folks have a valid point. However, I've heard enough rap and hip-hop in my life to know that it's a hideous sounding blight upon humanity that makes my ears bleed.  I have no reason to believe Compton sounds any different from all the ultra-profanity laced gangsta rap that came before it but today I'm more concerned with the genre's lyrics.

This past Sunday, Dan DeLuca, music critic of the The Philadelphia Inquirer, wrote a review of Dre's unfortunate new release.  Almost as an afterthought he very briefly touches on two terribly troubling songs at the end of his article after highly praising the album in a lengthy discourse.  First, in a guest appearance on "Medicine Man," Eminem brags about his skills as a rapist and on "Loose Cannon" a woman pleads for her life before being shot to death.   DeLuca writes, "Really? Who thought that was a good idea? It's an ugly blot on an otherwise almost wholly impressive return by a hip-hop titan" and I must say to DeLuca, "Really, you listen to this garbage?"

Dr. Dre is a billionaire.  People, ladies especially, why do you help make these men rich?  Why do you find rap music so alluring?

I know 60s and 70s classic rock was not without its misogynistic, violent, and drugged out moments but no artists have obsessively embraced violence as proudly and as matter-of-factly as the perpetrators of hip-hop culture.