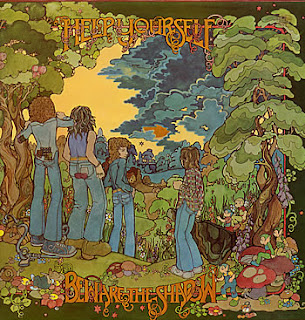 Help Yourself, commonly known as "The Helps," were an English band formed in 1970 who specialized in American style country-rock.

The group revolved around chief songwriter, lead singer, and guitarist, Malcolm Morley who later went on to play with a host of British rockers, including Kirsty MacColl and Ian Gomm.

This forgotten, psychedelic, country quartet was influenced heavily by Poco, Pure Prairie League, New Riders of the Purple Sage, latter day Byrds, Ozark Mountain Daredevils, and the Grateful Dead. They were unusual for a British band because at that time everything the island nation exported was power pop, a hybrid of American blues, or prog-rock. Their sound was totally American.

The Londoners could also rock when they wanted to and the combination of styles won them a small, but devoted, hippie following in the UK. Unfortunately, they received no traction at all in the United States, partially because they never toured here.

None of The Helps four LPs sold well and they disbanded in 1973 before finishing work on their fifth full length that was finally completed when Morley and his mates got back together early in the new century. The CD was released in 2004.

Help Yourself managed to lay down some very nice music on their second album, Beware the Shadow (1972), the only one I've ever heard. I found it at a basement record sale when the friend I was with highly recommended it to me. My copy, both the record and the cover, are in pristine condition. It looks as if the shrink wrap was just removed.

Listen to the rocking "American Mother" and a subdued, Poco/Eagles style, soft-rock tune, "She's My Girl." They also serve up a nice, all acoustic folk track, "Passing Through." Help Yourself also knew how to rock and they proved it on the twelve minute "Reaffirmation," a song that reminds the listener of Quicksilver Messenger Service early on before turning into a Grateful Dead style jam. The album opener, "Alabama Lady" certainly could pass for Southern rock and "Molly Bake Bean" is pure hillbilly music.

The platter may come across as a little dated at times (but not embarrassingly so) but don't let that stop you from introducing your ears to Help Yourself's music.

You can still find the quartet's first two albums on CD at Amazon or on a 33 RPM record at Discogs.