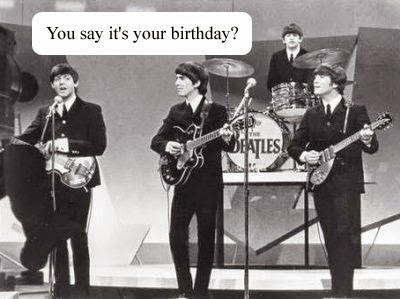 This month marks Bloggerhythms' 10th birthday and I can't believe it's been that long!

The first review ever posted here was about a classic old Chicago album, Hot Streets. Later this review was copied, moved, and re-used again with a more recent date to fill in a gap when there was no time to write something new. This has happened with several other early posts that absolutely no one read a decade ago because hardly anyone knew Bloggerhythms existed.

Currently, both the oldest and least read post is a review of a Matchbox 20 album, Mad Season, that was originally written for a long defunct website. In all these years only six people have ever clicked on it and one of them most assuredly was your host.

On the opposite end, this blog's most popular article by far was published on May 12, 2011. It's called Slower Than Slow: 16 RPM Records and as of this morning it has 15,551 page views and has generated 38 comments. I had no idea when I posted it that there were so many people interested in this long forgotten audio format.

Bloggerhythms' readership peaked in 2007 and 2008 but the last two and a half years page views have dropped off considerably, something that appears to be true of most music blogs. Fortunately, 2015 has shown an upswing in visits and this little website is currently averaging 250 hits per day, small potatoes in cyberworld for sure, but it's still enough of an incentive to keep going.

I want to thank everyone who has ever been interested in or commented on Bloggerhythms and for making this fun hobby worthwhile.