A Tribute To Linda Ronstadt 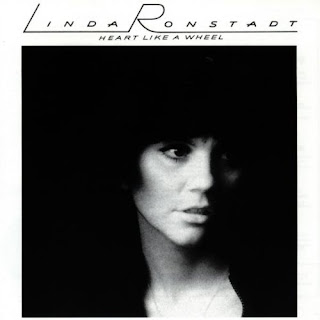 Every once in awhile it becomes necessary to do a tribute for someone who is still alive. Such was the case with the accolades the entertainment press heaped upon Glen Campbell when news of his Alzheimer's disease went public and, unfortunately, the time has come to do the same for Linda Ronstadt. The former rock star recently announced that she has Parkinson's and can no longer sing. It's quite sad because her rare and instinctive talent allowed her to become one of the very few truly outstanding vocalists of the rock era, male or female.

I first heard of Ronstadt way back in 1967. As lead singer of The Stone Poneys she earned her first hit single when "Different Drum" (written by Michael Nesmith before he joined The Monkees) went to #13 on the Billboard Hot 100. Then, she disappeared from view but finally became a huge star as a solo act in 1974 when her LP, Heart Like a Wheel, sold something like a trillion copies. After that, she was on the charts consistently throughout the remainder of the decade.

Eventually, even though Ronstadt updated her sound and image somewhat in the early 80s, the singer became bored with being a rock star and branched out. She then went completely retro by recording three albums of Frank Sinatra style standards with Nelson Riddle. She was also cast in the lead of Gilbert and Sullivan's The Pirates of Penzance with Kevin Kline on Broadway.

Ronstadt wasn't a musician nor was she a composer but her pipes were sensational. No matter the song or style she knew exactly what to do with any material given to her. I always compared her to Elvis Presley in that regard.

We can't let this tribute go by without including one point. Ronstadt's popularity was no doubt enhanced by the fact she was drop-dead gorgeous. To this day I believe, in her prime, she was the hottest female rock singer ever. To her credit, she didn't flaunt her looks to the extreme and never allowed herself to become a spectacle. Contrary to many of today's female pop and rock stars she always let her singing do most of her talking and that's the way it should be.

Here's another look at Linda Ronstadt from a completely different vantage point by Mark Saleski at Something Else Reviews!
Classic Rock Linda Ronstadt Pop Vocals