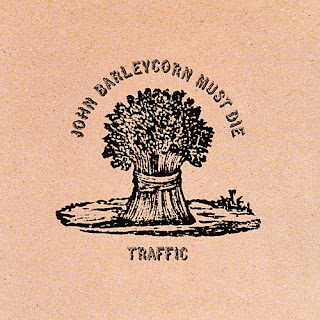 Traffic's finest set of music was collected together on their masterpiece that almost wasn't. John Barleycorn Must Die was supposed to be Steve Winwood's first solo record after the group's demise. The singer and keyboard player's original intent was to play every instrument himself but shortly into the sessions he asked two of his old bandmates, Jim Capaldi (drums, lyrics, and backing vocals) and Chris Wood (saxophone and flute), for help and Traffic was suddenly and surprisingly back in business.

Winwood and Capaldi's songs were inspired and the whole affair ended up as a showcase for the organist's formidable talents. Even so, while Capaldi and Wood were clearly sidemen their contributions should not be discounted. The latter's saxophone and Capaldi's backbeat, as well as the leader's Hammond organ and piano, were major reasons the record's opening number, the instrumental "Glad," goes down in history as one of the great jazz-rock pieces of all time.

Completely different is Winwood's arrangement of an old English folk song, the acoustically based "John Barleycorn" in which the band stays true to the song's historical, folk tradition without sounding dated.

Winwood also proved he is one the best White soul singers ever on "Freedom Rider," "Empty Pages," "Stranger to Himself," and "Every Mother’s Son."

Barleycorn has only six tracks and runs less than forty minutes but it's a dynamic, eclectic work that reached the top ten in America and the top twenty in the U.K.

The closest comparison to what Winwood and friends accomplished on this record is what Jethro Tull was doing around the same time: successfully welding blues-rock and English folk music together into a pleasing, totally modern hybrid. The differences are that Winwood is a better singer than Ian Anderson and Wood was a far better flautist than Tull's leader can ever hope to be.

Rock fans would love to have Traffic still jamming together today. Unfortunately, since both Capaldi and Wood have passed away the band that made Winwood even more famous than he was after his tenure with Spencer Davis can never be again.