A Fond Tribute to the CD 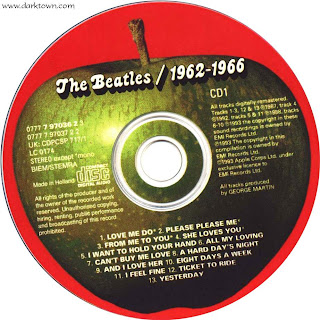 While the CD is not yet dead, or even on life support, it is definitely in intensive care. Over the last decade it's dominance as a musical format has declined to the point of no return so it’s time for a tribute to those shiny, little discs.

I was one person who immediately loved the CD when it arrived on the scene in 1982. I thought I had died and gone to stereo heaven because I always obsessed over the annoying scratches, clicks, and pops that records accumulated over time and I still don’t hear the "warmth" many of the vinyl lovers insist that they do.

As soon as I put my first CD in the little sliding drawer I appreciated its extra playing time (most double LPs could fit on a single disc) and the expanded sonic field. The increased clarity was apparent to me immediately on most percussion and acoustic instruments. Female vocals sounded far superior than they ever did before.

For the first time I started a small classical music collection, in part because the quiet passages many of the pieces contained could be heard without those extraneous noises, turntable hum, or damage done by the tone arm's stylus.

Another impressive thing about the new technology was the massive reissue campaign it spawned. Tons of out of print LPs were re-released as the record companies' archives opened wide. The extensive liner notes that accompanied many of them and the multitude of box sets that became quite popular at the same time were very educational.

You could easily play CDs in your car. All you needed to do was simply slide them into the slot on your dashboard. There was no need to worry about cassette tapes getting tangled in your player. As a bonus you could leave them in a hot car because they wouldn't warp or melt like vinyl did.

I became a fan of multi-disc players and in 1994 my wife bought me a Phillips five-disc carousel player for Christmas to replace my original single disc player. To this day, even though it's starting to show some signs of aging, I still use it on a regular basis, especially in December when during our annual Christmas Eve party I carefully program an eclectic mix of holiday music that plays the entire evening. It will definitely be a sad day when this loyal machine finally joins that great, eternal scrap heap in the sky.

Admittedly, the CD wasn't perfect. The record companies saw to that. The frequent hidden songs were always annoying, especially when they weren't given their own separate tracks. Too often the last song would end but the track wouldn't. Then, after perhaps as much as three minutes of stone cold silence the extra tune, whose title was rarely provided, would suddenly and, without warning, start playing.

Just as stupid were the blank tracks separating the last song from the rest of the disc. One example is the debut release from The Dave Matthews Band, Under the Table and Dreaming. After the eleventh song ended there were twenty-two blank tracks, each just a few seconds long, before the whole CD closed with the last tune, an instrumental named after its track number, "#34."

Another negative side effect encouraged by the CD was that artists often fell too much in love with its additional playing time. They frequently stopped editing themselves. There usually was a reason that the songs they left off of their old LPs didn't make the cut. Instead of choosing the best ten or twelve performances from the sessions for their new album your favorite band could now release fifteen or sixteen songs. Too many times these extras diluted the album, deceiving the consumer into thinking there was less good stuff on it than there really was. It's possible that this was a contributing factor to the demise of the CD. Listeners often believed they were laying out too much cash for mediocre music but the longer discs were almost always sold at the same price as the shorter ones so you were actually getting more songs for your money. However, I think the majority of listeners thought otherwise and this could explain the popularity of buying individual songs today. Music lovers no longer have to pay full price to get the three or four songs they enjoy.

Like almost everyone else who loves music I wholeheartedly embraced iTunes and I currently have over 7,500 songs on my 160 G ipod classic that holds 40,000. Most of the music from my CD collection is being transferred to iTunes and a growing percentage of my purchases are mp3s. I love my ipod, and the convenience it provides, but I worry about losing the whole digital collection should something happen to my computer. I'm still looking for a good, cost effective way to back everything up. I always burn my new purchases to CD to make sure the music is never lost and also because I don’t feel as if I own it if I can't hold a physical copy in my hands.

As wonderful as my ipod is I'm still going to miss the CD.