A few weeks ago Bloggerhythms wrote about 5 classic rock artists who don't deserve our love. Today, we are discussing the opposite scenario, five artists who don't receive enough love. While I'm certain the people listed below are millionaires many times over artistically these five artists have never been rewarded with the accolades they deserve, so today, it's time to give each one a small salute. 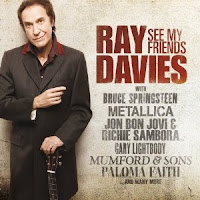 Ray Davies
Davies is more appreciated in his own country but in the United States he never got enough recognition. Even though his band, The Kinks, had more than a few hits here he's probably too English for most Americans to relate to in a big way. His voice is very British, pleasantly unique, and enhances the ethnicity of his work. Nevertheless, when you can write great songs with images as powerful as those found in "Celluloid Heroes," "A Well Respected Man," "Waterloo Sunset," "Victoria, and "Muswell Hillbillies" you deserve all of the fame you can get.

Robert Lamm
By the end of the 70s Peter Cetera was Chicago's breakout star because of his great tenor voice but diehard fans are also familiar with Robert Lamm, the man responsible for most of the septet's early string of hits despite his modest vocal abilities. The keyboard player and singer wrote 80% of Chicago's debut album and, while he was pushed into the background as the years went by, it's a safe bet that without his songs the band may have never achieved its initial success. Lamm is responsible for "25 or 6 to 4," "Beginnings," "Dialogue," "Saturday in the Park," and a whole lot more. 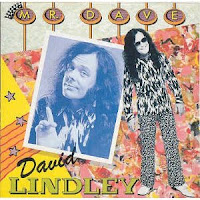 David Lindley
The music industry is often awed by his genius but if the general public knows about multi-instrumentalist David Lindley at all it was only as Jackson Browne's right hand man. Lindley's contributions during his ten year stint (1971 -1981) in the famous singer-songwriter's band are incalculable. His fiddle work on "Before the Deluge" almost brings tears to my eyes. Lindley is a virtuoso on any type of stringed instrument he picks up: lap steel, fiddle, banjo, electric or acoustic guitars, bouzouki, and more. He's not flashy, and he can do a lot more than rock out on his axe, which is probably why he's never appeared on lists such as Rolling Stone Magazine's 100 best guitar players.

Stephen Stills
What? Stephen Stills is under-rated? Of course, he is. The guitarist has always lived in the shadows of his more famous and more highly regarded bandmate, Neil Young, but he is a far, far, better singer than Young, and as a musician he always knew when to edit himself, a skill Young doesn't always appear to have. How good is Stills? That's an easy question to answer. After all, he's the hall-of-famer who wrote gems like "For What It's Worth," "Southern Cross," and the quite sophisticated "Suite: Judy Blue Eyes." His solo career has never received the attention it should have.

Bernie Taupin
When it comes to Elton John's songs from the early 70s what do most critics rave about? It's usually Bernie Taupin's lyrics. Taupin is the man who brought the edge to John's early work. He is the unsung hero who put the weirdness in Goodbye Yellow Brick Road's mostly accessible arrangements, the man who wrote about teenage suicide over an almost too happy melody ("I Think I'm Going to Kill Myself"), and the man who put all of the emotion in "Candle in the Wind." It's not too hard to believe that without the talented lyricist as a writing partner John may have just ended up being Reggie Dwight.