Is Jazz for Everybody? 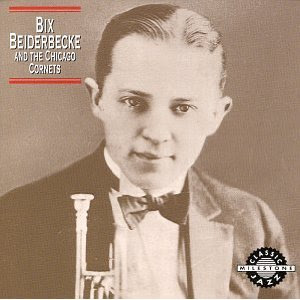 It's indisputable that the musical genre known as jazz was invented by American Blacks in the deep South around a hundred years ago, mostly in and around New Orleans. As a music fan who likes some jazz I thank them for doing so. However, a long standing debate has apparently gained new momentum and it is this: should jazz be considered Black music? I pose the question because there has been increasing talk about renaming the genre Black American Music as this article indicates.

Yes, the contributions Blacks have made to jazz are well documented and all music fans have benefited from their efforts, but Whites have also played a key role from the very beginning. As early as the 1920s cornetist Bix Biederbecke became one of the new music's premier soloists. The late thirties and World War Two was the time when swing was at its peak of popularity. It was the only time in history that jazz was also the country's most popular music. Institutional discrimination allowed the White swing bands to dominate record sales, concert ticket sales, and radio play. Jazz big bands led by Benny Goodman, Artie Shaw, Woody Herman, and others were all the rage, usurping the limelight that should have also included Duke Ellington, Count Basie, Louis Armstrong, Jimmy Lunceford, and more. Post-war, the list of Caucasian names is also impressive. Among them are Chet Baker, Dave Brubeck, Gerry Mulligan, and Stan Getz. They shared the glory with Thelonoius Monk, Miles Davis, Dizzy Gillespie, Charlie Parker, and more. 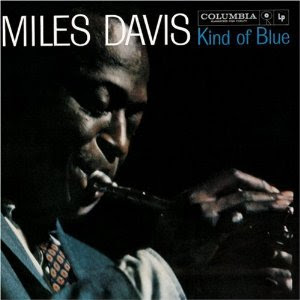 Black Americans have also had a hand in the development of rock 'n roll and it's often been said that Ike Turner recorded the first rock song ("Rocket 88"). Rock can be traced back to the same roots as jazz with a huge assist from Irish folk music (something that's worthy of a whole separate discussion) and, while White people had the upper hand in popularizing it, there were major black pioneers such as Chuck Berry, Bo Diddley, and Little Richard Penniman. A decade later Jimi Hendrix became, according to many people, the greatest rock guitarist who ever walked this planet.

I acknowledge that Philadelphia pianist Orrin Evans, who is the featured musician in the article, does not advocate that jazz shouldn't be for white people too but he does lament the lack of his peers attending his concerts. It's Evans' belief that jazz needs to be marketed better to Blacks and that renaming it may attract them to the music.

In response to the original Inquirer article a letter to the editor asked if opera should be renamed White Italian Music because men from that Mediterranean country invented it. I'm sure that reader knows that Black women such as Marian Anderson, Kathleen Battle, and Leontyne Price had great careers in the genre.

It almost sounds trite but John Lennon once said, "Music belongs to everyone. It's only publishers who think that people own it." While Lennon's statement can be viewed as a naïve hippy sentiment it's also true. He was a man who loved music made by African Americans. The Beatles covered Motown, Penniman, and Berry and they practically made the late Billy Preston part of the band during the Let It Be sessions. My point in all of this is that the man from Liverpool was correct. Music does belong to everyone.

The African American people have always been acknowledged as the procreators of jazz. Jim Crow and its associated appalling social and legal mandates meant that this classy cultural phenomenon needed a great assist from other people in order to spread their art to the masses and that is why the genre is not owned by one race or ethnic group. Isn't it enough that many Americans loved jazz enough to spread the word and keep the music alive?
Jazz