The Greatest Album Never Made? 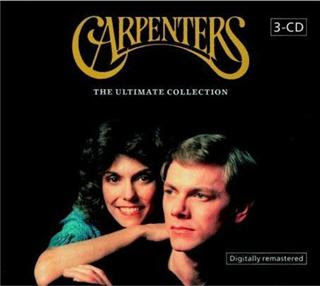 Quite a few posts and four years ago Bloggerhythms posted a three part series on guilty pleasures in which I said that my number one guilty pleasure of all time was the Carpenters. In it, while acknowledging their god-given talents, I lamented that the duo should have used their gifts to make better music than the bubblegum pop they frequently pushed into the upper reaches of the Top Forty.

Proving my point is a recently discovered YouTube video of Karen Carpenter singing standards with the great Ella Fitzgerald in 1980 on one of the siblings’ TV specials.  The video easily suggests that the greatest album never recorded was The Carpenters Sing and Play the Great American Songbook. (The fact that they never recorded these songs while Rod Stewart did four times makes me want to cry.) The show clearly indicates that by this time Fitzgerald's age had taken its toll on her voice and Carpenter uses the advantage to kick the jazz queen to the musical curb. More importantly, the performance also proves that the brother and sister act should have driven down that musical road long before this program aired.

Carpenter and Fitzgerald open the set with "This Masquerade," a more contemporary song previously recorded by Karen and Richard and written by rocker Leon Russell, yet it easily fits right in with the rest of the duet. Older tunes include "I'll Be Seeing You," "My Funny Valentine," and George Gershwin's "Someone to Watch Over Me." Then the tempo picks up as the ladies join forces on "As Time Goes By," Duke Ellington's "Don’t Get Around Much Anymore" and "I Let A Song Go Out Of My Heart."

The Carpenters would have had no trouble mining the wealth of material most of the Great American Songbook has to offer. Add to the mix a few Richard Carpenter jazz originals and the world would have been treated to one of the greatest albums never made.

It's well known that Karen Carpenter was also a talented drummer who played less and less as her fame spread as a singer. However, to drive the point home even further that she and Richard could have cultivated a successful career in mainstream jazz listen to a second fine TV performance from 1968 featuring a seventeen your old Karen beating the skins while Richard blasts out a dynamic electric piano solo on their take of the rocker "Dancing In The Street."