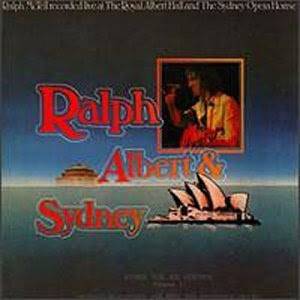 Folk singer Ralph McTell came from the same English coffeehouse circuit that helped give birth to the careers of Al Stewart and the late John Martyn. McTell has always been better known in his homeland and Australia than in the United States where he has received almost no attention whatsoever.

McTell frequently performs live with just his voice and a guitar but, unlike similar artists who do the same, his concerts are still satisfying because the man has quite an appealing voice. The veteran singer-songwriter owns a rich baritone and sings with an obvious English accent that enhances his live shows and recordings. He doesn't need the adornments of a band to cover up any vocal deficiencies. Proof of this lies with his solo acoustic performances on Ralph, Albert, and Sydney, a cleverly named live album full of songs he recorded at the Royal Albert Hall and the Sydney Opera House. 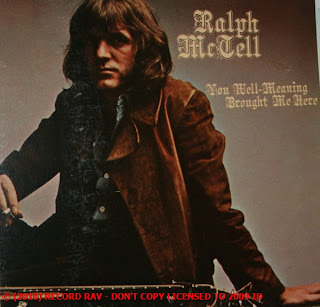 The closest McTell ever came to obtaining any acceptance in America was for his 1971 album You Well Meaning Brought Me Here, a platter full of nice songs and one huge standout, "Streets of London," a composition that is considered to be his signature piece among people who are familiar with his work. McTell is well worth listening to beyond "Streets" but this beautiful, melodic, and sad work about the plight of homeless people he encountered in London should be a timeless classic. The song packs a wallop because McTell was genuinely moved by what he saw. He wanted to create the same emotions in his listeners and shouldn't that be the goal all socially conscience music aspires to achieve?

If you've never heard this great song before listening to it now is a must. While much of the world is getting caught up in the pomp this wonderful and ancient city has to offer because of tomorrow's Royal wedding the song offers a vivid portrait of London's dark side. The contrast between William and Kate's nuptials and "Streets" couldn't be more obvious.