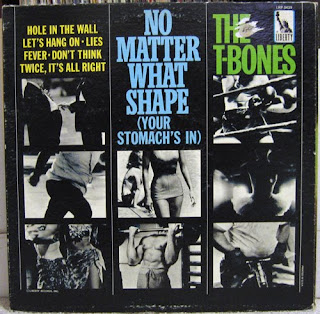 These days it appears that the best way for an artist to score a hit record and get radio airplay is to win American Idol or be a cast member on Glee, yet it wasn't that long ago that no one had ever heard of either TV phenomenon. Now, both shows are proof that popular songs often emerge from the least likely places.

The golden age of top 40 radio was also a time when the world found itself listening to hits that were spawned from unusual sources. It was an era when even jingles from TV commercials were turned into 45 RPM records that earned coveted spots on the record charts. One of the best known examples was an old Alka Seltzer commercial that became a smash hit called "No Matter What Shape Your Stomach Is In" by The T-Bones. It peaked at #3, on February 5, 1966. A few years later The New Seekers, an offshoot of Australian folk-poppers, The Seekers, the group who made "Georgy Girl" into a big hit, stole a Coca-Cola commercial and sent "I’d Like to Teach the World to Sing" to #7 on January 15, 1972. 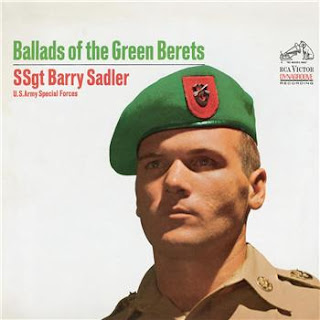 Even military men who fought in The Viet Nam War became chartbusters. Staff Sgt. Barry Sadler, a real Green Beret, had a brief singing career beginning with his first entry into the top 40, "The Ballad of The Green Berets," a single that was #1 for five weeks in March 1966. The song was a tribute to the brave fighting men who made great sacrifices in America's bloodiest and most controversial war. Sadler’s follow up, "The A-Team," reached #28 in May.

Perhaps the most bizarre story is the one of "Dominique." The record was sung by a Belgian nun using the English name The Singing Nun on her American records and the moniker Souer Sourire (Sister Smile) elsewhere. Her real name was Jeanine Deckers and she eventually left the Church because of her disagreements with Rome over contraception. Later, she and her female partner opened a school in Belgium for autistic children that ran into tax trouble with the government. Unfortunately, she and her very distraught companion committed suicide together over the scandal in 1985. "Dominique," sung in French, began a four week stint at #1 on Pearl Harbor Day, 1963. Is it any wonder that The Beatles, who released "I Want To Hold Your Hand" in America the very same month, were considered saviors of popular music?

Each of the songs discussed here is very different from the others in style, temperament, and in its appeal to certain demographic groups. While these tunes weren't the only hits to emerge from strange places they were among the more significant ones. Today, all of them are virtually forgotten, perhaps deservedly so. I'll let you decide.

First, here is "No Matter What Shape Your Stomach Is In" and the original Alka-Seltzer commercial that inspired it.

Next, you can listen to The New Seekers sing their hit and the Coke commercial from which it was adapted.

Here is a video of Sadler singing "The Ballad of the Green Berets" on TV, and finally, you can listen to The Singing Nun do her thing.

A tip of the hat goes out to J. A. Bartlett, proprietor of The Hits Just Keep On Comin', a mighty fine blogger who kindly researched the chart positions of these long lost "treasures." He also came up with the title for this post. Thanks, J. B.
Buried Treasure Pop Vocals Vinyl Moments