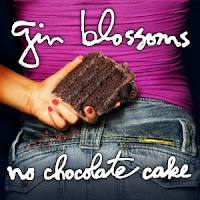 If you predicted back in 1992 that Arizona's middle-of-the-road, rock quintet, Gin Blossoms, were going to be big stars no one would have said you were making a bold statement. With strong, radio friendly offerings such as "Allison Road," "Hey Jealousy," and "Found Out About You" from their debut CD, New Miserable Experience, and "Till I Hear It from You," a big hit from a couple of years later, fame and fortune seemed like a sure thing. Unfortunately, group dissension, and the alcohol fueled firing of founder Doug Hopkins followed by his eventual suicide, tore the band apart and they broke up in 1997 after only two full length CDs and one EP.

However, in 2001, the survivors, including three original members (Jesse Valenzuela, Robin Wilson, and Bill Leen) and Hopkins immediate replacement, Scott Johnson, reorganized with a new drummer and the band has been back at it ever since. They recorded two more well received discs in the past decade and now they have given the world the newly released No Chocolate Cake.

No Chocolate Cake is a set of finely crafted pop tunes that aim for the mainstream. There is nothing wrong with that because Gin Blossoms are master craftsmen at what they do.  Lead singer Robin Wilson is at the top of his game and while the guitars of Valenzuela and Johnson don't jangle quite as much as they have in the past the group still produces rock 'n roll that is worthy of the space it will use on your ipod. Everything is helped along by The Rembrandt's Danny Wilde who was the right producer for the project.

Overall, this CD is another welcome and polished addition to the band's catalog.
Power Pop Rock 'n Roll