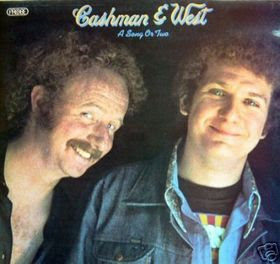 Tommy West, one half of the early 70s soft-rock duo, Cashman and West, passed away on May 2, 2021. In tribute, below is a very slightly edited reposting of an article that was first published on Bloggerhythms on September 30, 2010.
My lifelong passion for the Philadelphia Phillies is second only to my passion for music. For those of you not in North or South America,  The Caribbean, Japan, or South Korea, they’re a professional baseball team from The United States and in 2008 they were the champions of the whole sport.

On Monday night The Phillies won their division title for the fourth straight year and earned a chance to play in their second straight World Series. If they do indeed make it to the final round I'm hoping they get to play Joe Girardi's New York Yankees this fall so they can show The Bronx Bombers that they are the new sheriff in town.
The impending post-season got me thinking about baseball songs and Terry Cashman's "Talkin' Baseball (Willie, Mickey, and The Duke)" immediately flashed in my mind. From there my thoughts leaped easily to the early 70s pop duo Cashman & West.

Cashman and Tommy West were soft-rock and pop singer-songwriters who are largely unknown today. The duo recorded three albums together but they were mostly known within the music business for writing songs for other artists and producing three albums and a bunch of hit singles for the late Jim Croce.
Cashman and original partner Gene Pistilli, co-wrote "Sunday Will Never Be The Same," a hit for Spanky and Our Gang in 1967, and they also had a hit single themselves under the group name The Buchanan Brothers. Their song, "Medicine Man," went to #22 on the Billboard charts in 1969. Later they added West to the act, and after Pistilli left to join Manhattan Transfer, Cashman and West continued as a duo.

"American City Suite" opens side two of Cashman and West's first album, A Song Or Two (1972). It's a sad and moving set of songs about the decline of New York City in the 70s. It's lyrics are full of nostalgia and often border on maudlin. Still, the duo sincerely cares about their city and their old neighborhood. They long for what it once was, and are depressed over it's current state of affairs. 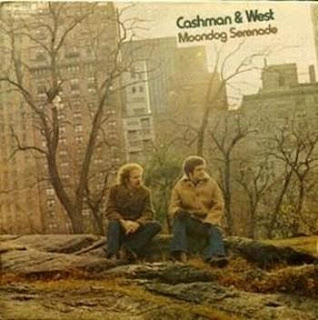 Cashman & West never recorded anything as serious as "American City Suite" again. The rest of their music was squeaky clean and often too saccharine for hard rocking music fans, yet I found stuff to enjoy on all of three of their albums.
Moondog Serenade followed A Song Or Two in 1973 and Lifesong, released soon after, completed their recording career as a duo. However, they still worked as a team behind the scenes. They started their own label, named after their last album, and signed Henry Gross who they sent into the top ten in 1976 with the song "Shannon."

Cashman continued as a solo act and eventually released his well known baseball novelty song in 1981. He later recorded a version for every major league team in existence at the time.

In the 90s, West opened his own record company and recording studio in New Jersey.

Today, the only way to get the music C & W recorded together is to purchase a single disc compilation titled The Very Best Of Cashman & West. The CD has songs from all three original albums. Unfortunately, it contains one major flaw: a truncated version of "American City Suite."