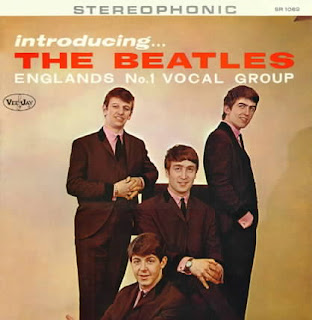 This is a repeat of an article that was first posted here on August 23, 2010. It's for all of you who are into alternative histories. I hope you enjoy it. I no longer like the last paragraph but I'm re-posting it without any changes.
What may have been the most publicized concert of the last forty years finally took place last night at London's famous Wembley Stadium when The Beatles reunited to celebrate the 70th birthdays of both Ringo Starr and The Beatles' founder, John Lennon. It was their first live performance together since their infamous rooftop concert in January 1969 that was raided by police in the movie Let It Be. The super-hyped event came off without a hitch and all proceeds went to charity.

A few minutes before he took the stage Lennon said that, "Even though we don't see much of each other anymore we're all bound together by this incredible history. We've put our past problems with each other behind us and we are all looking forward to making music for everyone tonight." Knowing that this would be the last time all four members would ever play together he also said that the most famous and influential rock band in history would be giving it everything they've got despite the passage of time.

Each Beatle has refused to succumb to personal problems over the years. In one way or another they are all survivors which is why the former mop tops were looking forward to last evening so much. Lennon survived a nearly fatal assassination attempt, Harrison overcame cancer, Starr finally beat his alcoholism, and McCartney mourned the death of his beloved wife, Linda, followed by a disastrous marriage and a very public breakup that the press covered endlessly.

It was an evening of both greatest hits and a few surprises. The quartet agreed that except for one song, Lennon's "Imagine," that the entire event would consist of only The Beatles' music, no other solo works were allowed. They were accompanied by a 40 piece orchestra conducted by their mentor and producer, George Martin.

As expected, McCartney was the showman and did most of the talking on stage. We all know that Lennon is not exactly a wallflower but he and Harrison only chimed in occasionally. They mostly just played the music. Starr isn't shy either but because he was stuck behind his drum kit most of the evening he didn't say a whole lot. There is no need to get into how good this concert was. With these consummate pros fully motivated the night was almost perfect.

So, let's wait no longer and get right down and dirty with the set list.

The boys came rocking right out of the gate with a perfect "Drive My Car." Then McCartney got the girls screaming as he instantly broke into one of their classic Beatlemania hits, "All My Lovin." They swooned like it was 1964 all over again. Lennon took the lead on "Day Tripper" with some phenomenal fretwork by Harrison. The opening segment ended with "Got To Get You Into My Life," complete with Martin's brass section making their first appearance of the evening.

After a few very quick set changes Lennon sat down at his keyboard, the lights switched on over Martin's pit orchestra, and The Beatles first ever live performance of "Strawberry Fields Forever," astounded the crowd. It was followed by "A Day In The Life," "All You Need Is Love" and "Penny Lane." Then Ringo, front and center on stage, away from his Ludwig drum kit, and without the rest of the band, serenaded the crowd with Lennon's overly-campy "Good Night" from The White Album. A double string quartet accompanied Paul on one of his crowning achievements, "Eleanor Rigby." The backing vocals by Lennon and Harrison sounded like they were back in Abbey Road Studios.

The orchestra disappeared into the mist as the Liverpool guys came out rocking again with the loud, single version, of "Revolution." McCartney displayed The Beatles' influences with one of only two non-originals played during the evening, the raucous "Long Tall Sally." "Paperback Writer" followed, and a screeching version of "Taxman" just blew everyone's mind. Harrison's electric guitar was on fire. Then came a surprise with another tune from the fabulous Revolver LP, Lennon's often forgotten gem, "And Your Bird Can Sing." "Back In The USSR," "Dear Prudence," "Things We Said Today," "Ticket To Ride," "Let It Be," "If I Needed Someone," and "Hey Jude" took the crowd into intermission. 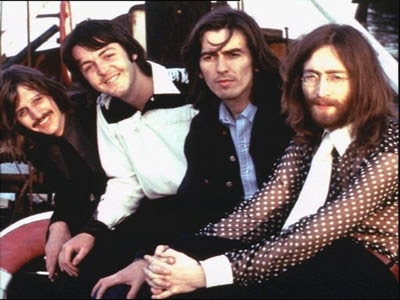 As Paul McCartney walked on stage alone as the second half began the anticipation of the crowd was rapturous because the fans couldn't believe what they had just witnessed in the perfect first half of the evening. The cute Beatle sat down on a chair with his Martin acoustic guitar as the only stage light flashed directly on him. He would be the first of the group to play a solo acoustic segment, offering up "Yesterday," "And I Love Her," "Blackbird," and "I Will." Paul said a quiet "thank you" and exited as he high-fived Lennon who entered the stage and took his seat. Out poured an emotional version of "Julia," fan favorite "In My Life," and "You've Got To Hide Your Love Away." For this last one Starr came out with his tambourine to assist and even the flutes from Martin's orchestra joined in at the end, just like they did on the record. Then John walked over to the baby grand and sang the "best version" (his words) of "Imagine" he ever played. Without saying anything he waived to the crowd and then it was George's turn. On his favorite instrument, the ukulele, Harrison played "Something" followed by "Here Comes The Sun" on guitar.

Next the quiet Beatle gave everyone what is possibly the evening's highlight. He strummed the very soft, solo acoustic version of "While My Guitar Gently Weeps" that was never released until Anthology 3 in 1996. Then suddenly, the lights came on, and without missing a beat, all four Beatles were back on stage segueing into the full band arrangement of the famous rock classic from The White Album complete with guest star Eric Clapton joining them to replicate his great solo from the original. (As a side note it would have really been amusing if he and George suddenly broke into "Layla" since they were both married to that song's subject but alas, it didn't happen, and Clapton left with a bow.)

These old guys still had a lot of energy left as the greatest hits and more continued pouring out.  The next set began with "Rain,"  and continued with "Come Together," "A Hard Day's Night," "The Long and Winding Road," "I'm Looking Through You," "We Can Work It Out," and "I Feel Fine." Ringo led the sing-a-long with a pleasing version of "With a Little Help From My Friends."

The crowd was now high as a kite with a lot of help from their friends on stage. By this time the seven decades old Starr, who worked hard all night, was hanging on for dear life behind his drumkit but he summoned up the strength to play some of his best stuff ever on "Birthday." Wembley was now in full frenzy. As McCartney usually does for his shows The Beatles also started their final set with "Sgt. Pepper's Lonely Hearts Club Band" morphing it into the full "Golden Slumbers/Carry That Weight/The End" medley complete with the orchestra and the three-way guitar freakout that closes Abbey Road. Finally, with Paul's dramatic closing lyrics, "And in the end, the love you take is equal to the love you make," Wembley went black as the crowd screamed louder and louder for more.

Then there was the encore. All four Beatles gathered around a microphone for an acapella version of "Because." Then John and Paul duetted with only Harrison's acoustic on "Two of Us." They topped off the evening with a concert closer from very early in their career, The Isley Brothers' "Twist and Shout" followed by "Get Back," and "I Saw Her Standing There."

When it was all done, Harrison was crying with joy, happy he participated in something he swore he would never do, and he thanked the audience profusely.

When asked what he thought of the concert, Mick Jagger, who was in attendance, was obviously jealous. All he could say was, "Wow! If I knew Johnny and the boys would get that kind of reaction I would have had "The World's Greatest Rock and Roll Band" perform only once every forty years or so, just like this."
Beatles Classic Rock Concerts