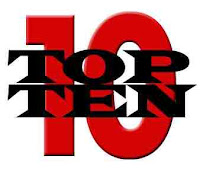 Another decade is rapidly drawing to a close so its time to ask where the past ten years will find itself in the annals of American history? When someone speaks about "The Roaring 20s," "The Sexy 60s," or "The 70s," (also known as "The Me Decade") people instantly conjure up certain images and news events associated with those time periods. Will this decade eventually do the same and acquire a nickname that will stereotype it forever? Is there a common cultural theme to identify the first decade of the still young century? If you have a good moniker for where we are today please let me know.

As always, there was lots of news. The decade marked the election of the first mixed race President of the United States, but for most Americans, the single most important historical event was the tragedy of September 11, 2001 and its aftermath that we are still living with today. The past ten years were not the best years for war or peace, or for many people's standard of living, and American trash culture has definitely taken over our newspapers, movies, TVs, and news programs. All of that makes it easy to say goodbye to the entire era.

Now that I may have put you in the doldrums it's time to lighten things up and what better way to do it than with music.

The big news of the decade was not the art form itself. It was how people purchased and listened to music. CD sales, soaring at the beginning of the decade, declined greatly because this became the age of the ipod, mp3s, file sharing, and portable music on-the-go. Vinyl has become retro-cool. If you knew where to look there was a lot of good stuff available on all three formats.

Rap and rock continued to rule. Eminem was easily the biggest selling artist of the decade but a band who had it's first hit forty-seven years ago, The Beatles, had the top selling album.

So, we've reached that time again, time for overly opinionated and self-righteous music fans like me to tell you what you should have been listening to over the last ten years. It's time for Bloggerhythms to present part one of its ten best releases of the decade. 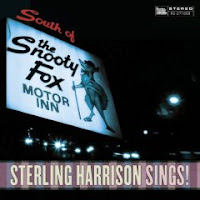 South of the Snooty Fox is a true soul record in the spirit of Otis Redding and Wilson Pickett given to us by a hard luck singer who was discovered to have cancer shortly after recording it in 2001. It was intended to be Harrison's big break but his illness stopped its release. He died in 2005 and the disc was finally issued posthumously in 2007. Singing was Harrison's whole life. Before making this album he recorded sporadically with no success while singing in small clubs for over fifty years. The small audiences who came to see him in Los Angeles swore he was the greatest singer of all time. Jimi Hendrix once played in his band. This is a true soul music masterpiece. 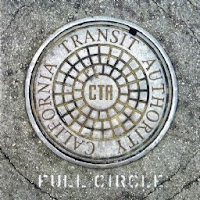 After his dismissal from the rock band Chicago in 1991 their original drummer Danny Seraphine went into a funk and he didn't really play drums very often for about fifteen years. His friends eventually talked him into starting a new band, and when he finally organized a group, he did so with relish. Full Circle is a thirteen track, jazz-rock fusion disc covering nine of Chicago's early songs, each one a very interesting alternate version. Seraphine can still play his butt off. With help from Keith Emerson's organ on "I'm a Man" and Tower of Power's Larry Braggs on lead vocals this disc is better than anything Chicago has released in over thirty years. 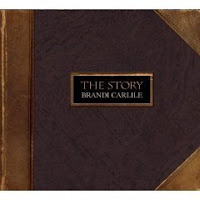 This twenty-eight year old rocker from rural Washington State not only has a sensitive singer-songwriter side she also has a terrific voice that can change from folky, earthy, sweetness to a bluesy, powerful, rock 'n roll toughness in the same song. She and her two partners, the Hanseroth twins, are also jaw-dropping songwriters. In concert, Carlile plays mostly serious songs but still uplifts the audience with her winning stage presence and pleasing personality. The title track is undoubtedly the song of the decade and her recently released third CD, Give Up the Ghost, rivals The Story for a place on this list. Carlile is rapidly becoming a star in the world of adult alternative music. Listen to Carlile sing "The Story". 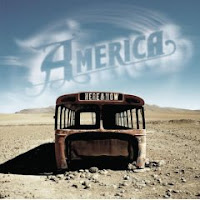 The 70s soft-rock duo issued their best album since the decade that made them famous. They found a little bit of the eclecticism they used on their eponymous debut LP and their followup, Homecoming, and sprinkled it all over the middle-of-the-road music they put out after their first two albums. The result is this gem of a disc that surprised me and nearly everyone who heard it. The CD's producers, James Iha formerly of Smashing Pumpkins and James Schlesinger of Fountains of Wayne, treated this music with the reverence they obviously feel towards it. They did not try to update America's sound but instead allowed both Dewey Bunnell and Gerry Beckley to do what they do best. The results are outstanding. 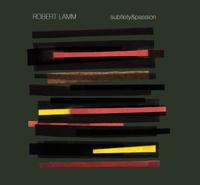 This is the second CD on the list with a connection to the rock band, Chicago. Lamm took the classic Chicago sound, horns and all, to make an album that sounded just like his band did back in its 70s heyday. He got some help from the current members of his famous outfit and even unarchived an old and previously unused Terry Kath guitar solo for the song "Intensity." There is nothing new or groundbreaking on S&P, just well written, arranged, and played music from the man, who along with Kath, was Chicago's heart and soul.

Next up? Numbers 5 through 1. Here is part 2.
Best Of Lists Brandi Carlile Danny Seraphine Robert Lamm