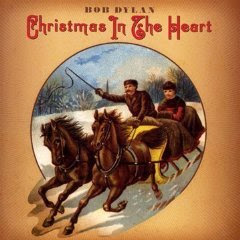 I believe it's an easy assumption that lead vocals play a huge part in determining whether a listener enjoys a particular song or artist. This is particularly true of the more casual music fan. I remember a Philadelphia DJ making that same statement a few years ago while discussing 90s alt-rock band, Counting Crows. He said whether a listener is a fan of the band or not depends almost exclusively on how he or she views the voice of lead singer Adam Duritz. If you don’t find his vocals appealing the band is generally not your cup of tea regardless of whatever songwriting talent or musical chops the rest of the band may possess. I thought it ironic that Counting Crows was the band he used as an example because I've been quite opinionated about disliking Duritz's voice. I wrote the band off my list years ago for the sole reason I find his singing to be highly grating.

Most conventional pop music singers from the birth of recording to the dawn of rock and roll tended to sing, with only a few notable exceptions such as Louis Armstrong and Billie Holiday, with a melodic smoothness typically exemplified by stars like Bing Crosby and Frank Sinatra.

As music evolved so did the voices that accompanied the more modern sounds. Elvis Presley's powerful voice suited his early rock, as well as gospel, country, and even the Vegas lounge music he performed later. Would Presley be considered a good vocalist in the days of the big bands or would his more flamboyant and powerful vocals have been too much for listeners who were used to Sinatra, Crosby, and Perry Como?

Stephen Thomas Erlewine of the All Music Guide wrote the following on the online music site’s biography of Bob Dylan, "As a vocalist, he broke down the notion that a singer must have a conventionally good voice in order to perform, thereby redefining the vocalist's role in popular music." Erlewine is correct. Without Dylan’s groundbreaking success Tom Waits wouldn't have had the recording career he has enjoyed, nor would Marianne Faithful's later career received any attention, nor would have Duritz, and scores of other artists who attempt to vocalize on their records.

Why are so many people willing to listen to Dylan's voice because, no matter how you slice it, the man can not sing a lick? Is it because he offers us a lot more than just vocals and he therefore has acquired a license to express himself in ways a traditional vocalist can't? Does his less than attractive voice escape criticism because he is also recognized as an outstanding rock poet?

Is Dylan worth listening to if he only plays the part of a singer? It's a chance the folk-rock pioneer takes with the release of his Christmas CD, Christmas In The Heart. Listening to the songwriting icon cover hard to sing carols and songs such as "O Come All Ye Faithful," "The Christmas Song," The First Noel," and "Have Yourself a Merry Little Christmas," can be excruciating. Dylan needs to remain the artist he has always been and leave the vocalizing to those who can. He was not born just to be a singer.

It's important to note that all of the proceeds from Christmas In The Heart are going to fight hunger in America this holiday season, and that is a very good thing, so I don't want to be too critical of the man. However, his disc makes me pose this question to all music lovers: what makes a good singer?
Bob Dylan Christmas Pop Vocals Singer-Songwriters