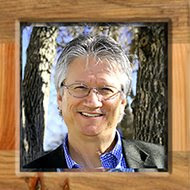 You know the freeway most rock stars travel. They race full speed up the on-ramp labeled "sex, drugs & rock 'n roll." Fortunately, in most cases maturity and real life eventually kick in and they stop using harmful and illegal substances, settle down with their trophy wives, have a second batch of kids that they won't ignore this time around, get paunchy, and start looking like middle aged accountants. The ones who don't find the exit ramp eventually burnout or become another fatal statistic. A few may even get out of the business and move on to other lives. Two who did are Cat Stevens and Richie Furay.

The controversial path of Stevens, now known as Yusef Islam, has been well documented over the decades. He only recently took up music again many years after converting to the religion whose name he now uses as his own.

Not as well known is the story of Furay, a member of the Rock n' Roll Hall of Fame and co-founder of two legendary bands, Buffalo Springfield and Poco. His post stardom life is definitely a rarity in the music business. Furay became a Christian in 1974 and since 1983 he has been the pastor of the Calvary Chapel in Broomfield, Colorado. He has been married to his wife for forty years and has four daughters.

According to Furay's website he believed his days of making music were behind him until he began writing songs with a member of his congregation, Scott Sellen. The duo recorded a couple of CDs of religious songs and he eventually revived his secular music career, occasionally joining Poco reunions while still maintaining his pastoral duties.

Currently, The Richie Furay Band, a quintet that includes Sellen, his son, and Furay's daughter, Jesse, recorded a live double-set CD and are touring America. The release features twenty-nine songs he recorded with Buffalo Springfield, Poco, The Souther, Hillman, Furay Band, his secular solo albums, and his religious albums.

Furay has his own website that covers both his secular and sacred music. He also has a pastor's page on his church's website where he talks about his Christian life and church.

I'm not a religious person but I think it's great that Furay can do what he does musically and still maintain his spiritual life.

The Richie Furay Band will be playing the Sellersville Theater, 20 minutes from my house, on August 30, 2009 and I intend to be there.

Furay has agreed to an interview with Bloggerhythms that will be posted here soon. Stay tuned!