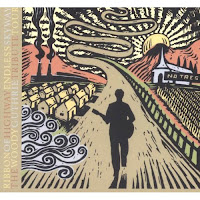 A truly great musical artist transcends both generational and class boundaries. Neither is easy to do yet the songs of the late Woody Guthrie have crossed both of those borders. Partial proof lies with the song many people believe to be Guthrie's most famous, "This Land Is Your Land." The song is still loved by Americans everywhere and it was even sung recently at President Obama's multi-generational inaugural events. Secondly, while Guthrie's songs have always been identified with the downtrodden and the working classes they have always resonated with Brahmin classes the world over.

Guthrie's music and influence are the impetus for the national tour currently rolling its way across America. The tour, Ribbon Of Highway Endless Skyway: The Woody Guthrie Tribute Show, recently traveled to Pennsylvania, specifically to Bucks County's Sellersville Theater on April 2, 2009, for a fantastic evening of music led by his fellow Oklahoma native, singer-songwriter, and tour originator, Jimmy Lafave.

Lafave is one of the best unknown singer-songwriters in America. He is very highly regarded in Austin TX, his adopted home for the last seventeen years, after moving there from Oklahoma. His latest CD, Cimarron Manifesto is the one of the best of the decade. He has a deep love of both Bob Dylan and Guthrie. He even wrote a song for his Texoma CD of 2001 called "Woody Guthrie." LaFave, not Guthrie, is the main reason I attended this event.

Lafave said about the show, "We’re really trying to showcase all facets of Woody Guthrie... He was so many things besides a songwriter – a painter, a philosopher, a soldier, a supporter of the disenfranchised. His songs were just the tip of the iceberg. He was the spirit of America."

In almost two and a half hours (including a short intermission) Lafave's great band from Texas, John Inmon on electric lead guitar, Radoslav Lorkovic on piano and accordion, and Glenn Scheutz on acoustic upright bass played their hearts out all night long. They were joined by a drummer with the entertaining name of G. Whiz. Both Inmon and Lorkovic traded off fabulous solos all evening long.

Singers included Lafave, and mostly a host of unknown folkies. Among them were Joel Rafael, and Slaid Cleves. Also contributing on vocals and guitars were Guthrie's granddaughter and Arlo's youngest child, Sarah Lee Guthrie, and her husband, Johnny Irion. The quintet of singers shared lead vocals all evening and often sang as a group or duo. Songs included, "This Train is Bound for Glory," "Deportee," "Do Re Mi," "This Land is your Land," "Goodnight Irene," and at least fifteen more Guthrie penned songs that ranged from solo acoustic performances to rocking, full band arrangements. It is important to note that this was not amateur night. Despite these artists' anonymity each one has a solid reputation in their genre.

Not only was this concert unusual because it was a tribute to a highly regarded member of the Rock ’n Roll Hall of Fame, it was unusual because each song was preceded by spoken word narratives that were mostly written by Guthrie. Each one was related to the upcoming song. Rafael had a busy evening because, in addition to his contributions on vocals and guitar, he read all of the commentary. The readings enhanced the songs because Guthrie's words gave you a better understanding of the man and why he became the wandering troubadour who identified with the masses and wrote the kind of songs he did.

The crowd was rather sparse, there may have been barely a hundred people in attendance in a theater that could hold far more, and while the musicians noticed the empty seats they didn’t let it effect their evening.

You can purchase the double CD of the tour, pictured above and recorded with a partially different cast of characters, through Amazon.
Austin Concerts Country Folk Jimmy Lafave