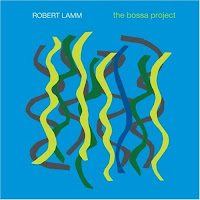 Chicago's artistic conscience, Robert Lamm, has released his sixth solo CD and, unfortunately, the only people who have heard it are the band's loyal, longtime fans. Obscurity is the price paid by playing in a faceless band, especially one that receives little positive attention from the press.

Having realized far more than a blue moon ago that Chicago is now just a power ballad corporate paycheck that has long since jumped the musical shark, Lamm has released a series of solo works that expresses his chameleon-like musical muse. I know it has always annoyed him that Chicago no longer shares his idealism. Seldom does such a restless and creative talent such as Lamm remain with the same band for more than four decades but he is still there, playing keyboards and singing his Chicago songs, concert season after concert season. Whether he remains out of loyalty, the need for a meal ticket, or both, I haven't a clue. All I know is that he still makes interesting and enjoyable music on his own. His latest CD, The Bossa Project is no exception.

Lamm loves bossa nova and he has talked for several years about releasing an all bossa nova album. This year his talk finally turned into reality and that is a very good thing. In an unusual move, this classic rocker, who seems to love composing more than anything else he does musically, has only written two songs for the sessions. He covers several bossa standards including "A Man and A Woman," and "Aguas De Marco" ("Waters of March") very effectively. There are no surprises, just a disc full of well-played and well-sung songs. I disagree with Lamm's detractors who often criticize him for his borderline lounge-lizard vocal style. His voice is a perfect match for the music on this disc.

The cool thing about bossa nova is that it is almost always briskly paced without being loud and The Bossa Project is no exception. It's upbeat, yet smooth and classy. Lamm and producer John Van Epps do the genre proud.