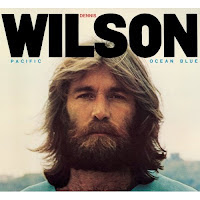 In 1977 the music world was stunned to learn that the first Beach Boy to record and release a solo album was middle Wilson brother, Dennis. This was a shock because Dennis was always assumed to be the least musically accomplished of the three brothers. In fact, their mother had to force brothers Brian and Carl to accept him into the band at the time of The Beach Boys formation. As drums were the only remaining open instrument in the new band's lineup Dennis secured his place in the group by beating the skins.

Dennis loved touring for the sex, drugs, and rock n' roll lifestyle. However, he didn't enjoy the slower pace of the recording studio nearly as much. He was absent from many of The Beach Boys studio recordings and was often replaced by session drummers. Another reason he was an unlikely candidate for a solo album is because as James William Guercio, Pacific Ocean Blue's Executive Producer, said about Dennis in the liner notes, "Someone forgot to tell him he didn't have a great singing voice."

But Pacific Ocean Blue proves that on the days he was in the studio Dennis must have paid close attention to Brian's superbly detailed production methods because, just like Brian's songs, the drummer's are meticulously crafted. The album is an excellently arranged package of twelve Dennis Wilson originals. A few of the songs feature small touches of his famous band's harmonies (Carl sings backup on the album) and at times Dennis also emulated Brian's penchant for weird percussion sounds. Mostly though, the songs have a much rougher and bluesy sound due to the singer's very raspy and not always appealing voice. His lead vocals help create a wide gap between his solo work and a typical Beach Boys track. The bottom line is if the late drummer's voice is not your cup of tea, and that is a distinct possibility, Pacific Ocean Blue will probably not be for you.

Pacific Ocean Blue peaked at number 96 and had an eight week run on the on the Billboard charts in the fall of 1977. This is the first ever release on CD of this long out of print album released on Guercio's label, Caribou Records. The complete LP is on disc one with four previously unreleased solo tracks. Disc two contains Wilson's followup, the still unfinished and never before released, Bambu. Because this lost LP was never completed the instrumental tracks are not as slick sounding so the late musician's rough vocals are a better fit. The double disc comes with an excellent, lavishly detailed and photographed, forty-four page booklet.

For Beach Boys completists this CD is an absolute must. The rest of you may want to sample Dennis Wilson's compositions and lead vocals on post-Pet Sounds Beach Boys albums before making your purchase.