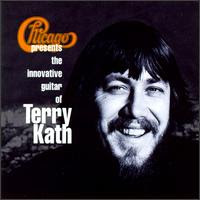 The rock band Chicago, currently celebrating their 54th year in the music business, have never been a darling of the critics but there was a time when the Windy City jazz-rock outfit had a lot of street cred with young music fans everywhere. I have always believed (despite their early outspokenness against the Viet Nam War) that magazines such as Rolling Stone always hated them because their public behavior was never anti-establishment enough to suit the rock press who, during that era, often confused boorishness with artistic genius and self-expression. Unlike Jim Morrison, they never dropped their pants on stage.

During Chicago’s salad days of the early 70s the critics were the only ones who didn’t like them. Music teachers liked them. Jazz musicians liked them. Doc Severenson, Duke Ellington, and Jimi Hendrix called themselves fans. Hendrix even took them on tour with him. He was also credited with saying to Chicago’s woodwind player, Walt Parazaider, "When I saw you guys out there, I saw three horn players with one set of lungs, and a guitar player who's better than me!"

I can pontificate about their eternally underrated keyboardist/composer Robert Lamm and trombonist James Pankow's horn arrangements. I can praise the greatness of drummer Danny Seraphine and even the fine rock singing of the very young Peter Cetera. (Yes, there was a time when Cetera didn’t wear smoking jackets on stage, back before he sang duets with Amy Grant). However, today I won’t discuss any of them because I want to talk about my all time favorite guitar solo and the man who played it, the late Terry Kath.

Kath's solo on Lamm's "25 or 6 to 4" will always hold a special place for me. The album version of this song from Chicago II, on which he really lets it wail, is pure rock & roll heaven. I’m not conversant enough about the nuances of guitar playing to analyze what he is doing on “25 or 6 to 4” but to me it’s an original solo whose freshness never wanes. He could rock and be tasteful all at the same time.

Listen to some of Kath's other work with Chicago. I have always believed he could wield an ax with the giants of the business. Most lead players demand the spotlight but he never did. In fact much of his best work came as a rhythm guitarist when the horn section was in the forefront. Kath was one of the few rhythm players you could actually hear on a record. Prime examples of his versatility playing jazz and acoustic music are on Chicago VII, the band's last adventurous album.

There may be better and more famous guitar players than Terry Kath. However, he was a significant factor in one of America’s most popular 70s bands and his smokin’ solo on the album version of "25 or 6 to 4" has always been one of my most memorable musical moments. The man never got the credit he deserved because he was in a band the press despised.

Chicago issued a Kath retrospective in 1997 titled The Innovative Guitar of Terry Kath that is a good sampler of his talents.
_____________________________
This post appears today with all of the original comments intact as it was originally published here in 2007. It's among Bloggerhythms' most read articles so it's time to revive it for a whole lot of new readers.
Chicago Classic Rock Terry Kath