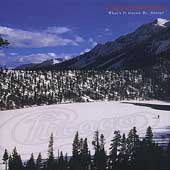 It’s been a long time since Chicago, the American rock band that ranks second only behind the Beach Boys in terms of commercial success, was on the cutting edge of rock music. Newer fans may not realize how eclectic and influential the band was in the early 70’s. Their artistic peak came so long ago that the group’s more recent fans were only familiar with the power ballads that featured the now departed Peter Cetera on diva-like lead vocals while the band played over-produced, bombastic arrangements in which the brass section was treated only as an accessory that no longer provided any musical substance. If you were a fan of their vintage period the drippy Cetera ballads became very hard to take.

Therefore, I was both happy and very surprised to hear Chicago 25, The Christmas Album, their best release of the 90’s. Despite the fact this disc is influenced more by their later pop-rock style than their early psychedelic, blues-rock and jazz days that launched them to stardom in 1969, I must give the group credit: they play these popular Christmas songs and carols with a verve and spirit I haven’t heard from their ranks in years. A band that issued years of formulaic drivel strictly for commercial purposes appears to have upped its artistic goals a degree.

The horn section still consists of all three original members. Section leader James Pankow on trombone, Lee Loughnane on trumpet, and Walter Parazaider on saxophone and flute, have more influence on the recording process than at any time in the last two decades. Except for their 1995 release Night and Day: Big Band you would have to go back all the way to 1974's Chicago VII to find a time when the horns were this involved in every aspect of the production. They are even soloing again. Loughnane plays piccolo trumpet on the CD's only original song, his own "Child's Prayer," and he rocks out on "Let It Snow, Let It Snow, Let It Snow." Parazaider's flutes are everywhere. He is featured on both C flute and alto flute while playing a duet with himself on “O Come All Ye Faithful.” All of this is very good because Chicago has proven too often that they were just another generic rock band when the horns were de-emphasized.

Original member Robert Lamm and longtime replacement members Bill Champlin and Jason Scheff all share lead and background vocals while arranging duties are shared with the horn section. The combination offers the listener a diverse set of songs that are mostly upbeat treatments of traditional carols and holiday standards. Hearing Chicago play Christmas songs everyone has heard time and again in their unique style is a real treat. Highlights include “Let It Snow," in which the horn section generates enough energy to light up a city street, a nice R & B version of “Have Yourself A Merry Little Christmas" with Champlin on lead vocal,” and "Santa Claus Is Coming To Town."

The original Chicago 25 was released in 1998. Two years ago the band recorded six additional songs, added them to 25, and re-released the whole package under the name What's It Gonna Be Santa?