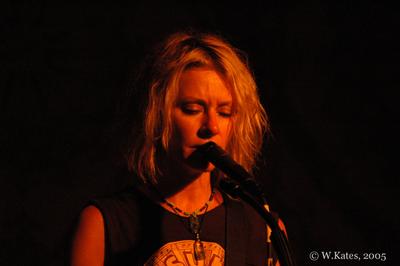 Shelby Lynne is one of my favorite female singers so it was a real treat that I finally had an opportunity to see the country singer perform live.

Lynne played most of her new album, Suit Yourself, and the rest of the time she concentrated on the period beginning with her classic 2000 release, I Am Shelby Lynne. She is one of the best vocalists in country music, possessing a voice that lends itself well to both rock & roll and acoustic balladry. Couple that with her composing skills, and a three piece band featuring an excellent lead guitarist in Ben Peeler, and we were all treated to a wonderful night of music.

I’ve always been partial to bands over singer-songwriters but Lynne’s lyrical talents, sweet voice, and gift of melody, make her one of the exceptions. Lynne does it all well and she really doesn’t need a band to connect with the audience. The fact that she brought Peeler and a rocking rhythm section with her were just icing on the cake. The highlights were two songs from her latest CD, “I Won’t Die Alone” and “Johnny Met June,” the latter written the day Johnny Cash died.

The set was just shy of ninety minutes and that was enough. The sweltering North Star Bar had great acoustics that evening but the tightly packed house, along with the heat and humidity, made us feel we were seeing Lynne live in her home state of Alabama, rather than in Philadelphia, something she alluded to in her set.

The concert photos are courtesy of Bill Kates of Music & More. 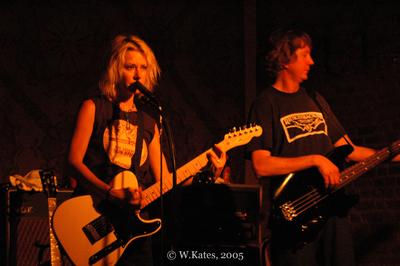