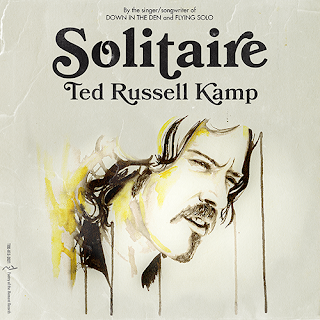 If you don't know the name Ted Russell Kamp it's time to get educated. The roots-rocker recently released Solitaire, his thirteenth studio album and it will definitely be worth your time to listen to one of the finest albums in the Americana musician's catalog.

Solitaire is a more subtle affair musically, if not lyrically, than Kamp's previous work. He regularly uses a full band but the unfortunate events of the last year forced him - like almost everyone else - to spend more time at home alone, and like many musicians he put his time to good use by recording fourteen songs at his home studio. The record has been advertised as "Seeking Comfort In Soulful New Music During These Hard Times."

Kamp played 90% of the instruments himself, and when he worked with friends their parts were overdubbed remotely. The guests played and sang harmony on the songs he wrote with them.

Kamp's recent approach helps make the album more of a singer-songwriter affair than most of his previous work. He explains further. "I think it echoes what a lot of us have been going through this year; the loneliness and doubt as well as the day dreaming and not wanting to give up. I wanted to put these songs out there because we have all been going through similar things." 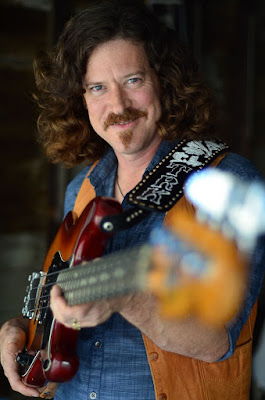 While the sound of Solitaire is comparatively laid back musically when compared to its immediate predecessor, Down In The Den (featured in Rolling Stone Country last year), his songwriting is not. Kamp's new tunes have lost none of their edginess. "You Can Go To Hell, I'm Going To Texas" is a perfect example. What a great song title!

You may think that without a full band Kamp would have less of a chance to show off his versatility but Solitaire is a case where less is more. Stylistically he incorporates bluegrass, country-rock, and gospel into his arrangements. Among the instruments he played are mandolin, dobro, banjo, and dulcimer. When the versatile musician wanted something different he added Wurlitzer, accordion or Hammond organ.

The title track came about because Kamp was playing a lot of the famous card game Solitaire in the early part of his isolation and he thought it would be a great album title as well.

Kamp is also an in demand session man who has played with Shooter Jennings, Waylon Jennings, Marilyn Manson, and more recently with Tanya Tucker on her 2020 Grammy winning album. He has also shared a stage with Livingston Taylor, Billy Ray Cyrus, and Tony Joe White.

Kamp has a very interesting official website where you can read all about his extensive career.