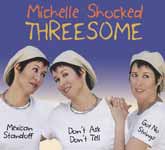 Unsurprisingly, Michelle Shocked's always unfiltered mouth finally got the East Texas musician in a lot of trouble when her recent comments about gays offended a lot of people. The eccentric bohemian's on stage diatribe resulted in the cancellation of the remainder of her tour as well as ruining her reputation among liberals who comprise most of her fan base. Shocked very quickly tried to make up with everyone and even participated in a nationally televised sit down with Piers Morgan that didn't do much to stop the growing criticism. Unfortunately, the affair generated a lot more publicity than she ever received for any of her artistic endeavors.

Since Bloggerhythms is only interested in showcasing music, and not using this site as a soapbox for politics or religion, we're only going to concentrate on the singer-songwriter's work. We are leaving the controversies to someone else.

Each of the three CDs has its own distinct personality and shows off Shocked's love for various genres of music. Sometimes her willingness to explore and record in many styles works, sometimes it doesn't. Ask Neil Young. He frequently confronts the same unevenness with his experiments when he crosses over into someone else's territory. Shocked's genre-jumping from disc to disc is what got her in trouble with Mercury Records in the early 90s and the reason she didn't have a label for all those years. 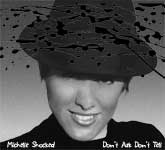 Easily, the best of this trio is Don't Ask Don't Tell, a rock album that is the closest Shocked has ever come to duplicating the style of her major-label debut, the wonderful Short Sharp Shocked, released in 1988. Don't Ask Don't Tell has everything from roots music, to singer-songwriter fare, to punk. While there is nothing as splendid on this release as "Anchorage" it's a fitting return to what she does best. The radio friendly "How You Play The Game" definitely deserves heavy rotation on alternative radio stations everywhere. Her crackerjack band is a real treat too. If you only buy one of the three it has to be this very successful set of songs. 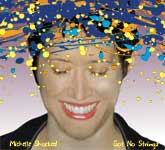 Not far behind Don't Ask Don't Tell in quality is Got No Strings, a western swing album of Disney songs. The sparse arrangements feature an abundance of fine fiddle with lots of help from country music studio all-star Greg Leisz on peddle steel and lap steel guitar. Even though "A Spoonful of Sugar" is slowed down too much, and I've heard better versions of "When You Wish Upon A Star," the uptempo, swinging title track, "Give A Little Whistle," and "Bare Necessities" will get you tapping your feet the instant you hear them. There are moments when Got No Strings reminds you of Shocked's Arkansas Traveler (1991) and that is a very good thing. 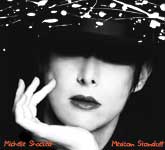 Mexican Standoff is the weakest of the three. It's a salute to both Shocked's Lone Star State heritage and the Mexican influences in her life and music. Despite the fact Mexican Standoff is another well produced set it just isn't as compelling as the other two. Bands such as Los Lobos and The Iguanas can do Tex-Mex music better than Shocked can. This disc isn't poor, it's just not nearly as interesting as its companions.