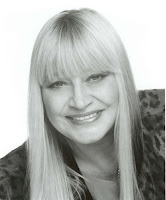 Folk-rock hit it big in the mid-60s. It became one of the dominant sub-genres of rock for about a decade with bands like Buffalo Springfield and The Byrds leading the way. Even today many bands continue to fuse folk music with their rock 'n roll. However, there was a time in the early 60s, before Bob Dylan plugged in, when real folk music actually generated hit records that were played on the radio. In the forefront were Peter, Paul, and Mary who became huge stars in 1962. The group earned gold records and won Grammy awards.

I've always been one of Peter, Paul, and Mary's fans and I will miss them working together because Mary Travers, the female voice of the group, died yesterday of leukemia at age 72.

Travers' beautiful alto had much to do with the trio's success. She was the lead singer on their hit single of Bob Dylan's "Blowin' In The Wind," a tune that became their signature song. She also sang lead on "If I Had A Hammer," Leaving On A Jet Plane," and more. The trio can be credited, along with Joan Baez, for helping push Dylan's music into the mainstream. People who were not won over by his frequently off-putting vocal style soon realized how great of a songwriter he was by listening to Peter, Paul, and Mary cover his work. "Too Much of Nothing," another hit with a great vocal performance by Travers, is further proof of how good Dylan's songs were when performed by real singers.

All three members had a great sense of melody and harmony and they possessed a lighthearted stage presence that prevented them from coming across as too self-important. In fact, before PP&M, Noel Paul Stookey once pursued a career as a stand up comic.

I know the trio's liberal to far-left politics may not sit very well with a whole bunch of people. They were often visible at anti-Viet Nam War protests and civil rights marches and sometimes they even allowed themselves to be deliberately arrested for their causes. Forty-seven years after they had their first hit records their beliefs never wavered. Today I am asking anyone who enjoys outstanding vocals and great songs to look beyond their politics and thank Travers and her two friends, Peter Yarrow and Stookey, for their five decades of great singing together.