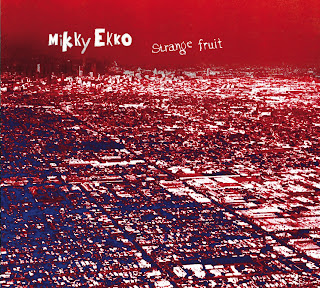 Newcomer Mikky Ekko is a hard act to label. Where does he fit within the framework of rock & roll? His music doesn't offer any of the long solos, recurring themes, or suites so common in prog-rock (so categorizing his debut CD as such would not be totally accurate) yet it's a description that fits.

As is typical with a lot of prog-rock the lyrics are often not easily transparent so the listener must be in a thinking mood to fully appreciate them. However, since melody and sound textures are more important to Ekko's songs they are thoroughly fulfilling anyway.

Ekko is a Nashville native who proves that not everybody in town twangs and wears a cowboy hat. The CD was produced by Tim Lauer in his Nashville studio with Ekko co-producing.

No biographical information is available.

You can listen to clips from the EP on Mikky Ekko's MySpace page.