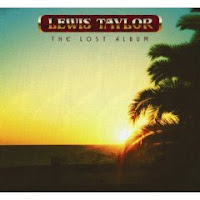 Lewis Taylor's latest CD, The Lost Album, was recently released in America on a new indie label, Hacktone Records. The disc is generating a lot of positive heat with both radio and critics.

Taylor's music has often been described as psychedelic soul. The British rocker is frequently compared to Stevie Wonder, Marvin Gaye, Prince, Todd Rundgren, Paul McCartney, and The Beach Boys. His influences on the The Lost Album seem to be narrower than advertised, (mostly Prince and The Beach Boys) and it is more rock and roll than soul. That doesn't matter, it's still a CD loaded with great music.

There are catchy melodies and gorgeous harmonies all over the album. Imagine you are on the beach listening to the Wilson Brothers harmonize when suddenly, out of nowhere, Prince storms out with a mighty, rocking, electric guitar solo that takes over the song. The two divergent styles blend well together into a cohesive whole that is never jarring.

At times Taylor's music sounds so much like a Brian Wilson solo track, or a leftover Pet Sounds song, that you may think you are listening to the real Beach Boys. Even the song titles sound like Brian Wilson. "Let's Hope No One Finds Us" is a perfect Beach Boys rip off. The single "Hide Your Heart Away" is a quintessential radio song that suddenly blasts into a triple tracked guitar solo after the catchy, melodic, harmonies reel you in.

Why is the guitar solo triple tracked? Because Taylor, like many of the influences listed at the top of this article, is a one man band. He plays every note of every instrument himself and he sings all of the vocal parts. He wrote or co-wrote all of the music.

The sound of The Lost Album is so rich, and the arrangements are so complex and well done, that you may find it hard to believe Taylor is not a huge star and that he is able to accomplish all of this without help. He is far more than an imitator. The Lost Album is one of the best CDs of the year.