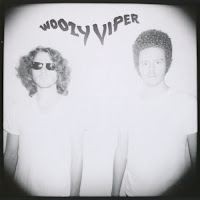 Luke and Mitch Meseke, the two brothers who are Woozy Viper, originally hail from Kansas and, unfortunately, that is virtually everything that is known about them. There is no biographical information anywhere online. Their MySpace page tells us nothing except that they are now living in New York City's outer boroughs of Queens and Brooklyn. They are even giving their debut CD away for free on their one page website so apparently music is just their hobby. They only want to create it, not earn a living by it. Considering all of the above, why write about this new band? Because these boys are really onto something and they need to get their publicity machine revved up quickly. Their eponymous debut is a rock 'n roll breath of fresh air in a genre that has become increasingly stale.

The disc is a sparsely produced and arranged set of songs that fits Woozy Viper's low profile. All twelve tracks sound like unfinished demos but the simplicity is part of the music's charm. The brothers season their lo-fi garage rock with both acoustic guitars and an attitude but they also possess a sense of humor that is frequently missing in an art form that often takes itself far too seriously. For example, "Love Scented Candles" is a brief 1:44 in length and has no other lyrics except for it's title. Overall, the brothers have conjured up a tasty musical stew for anyone who likes rock 'n roll that is not trying to save the world.

There appears to be no information available anywhere regarding who sings, who wrote the songs, or who plays what instruments. Those unanswered questions add to the mystery surrounding the brothers. I'm anxious to see where they go from here.
Rock 'n Roll Woozy Viper