May 03, 2022
Without expressing my views on the subject here is a re-posting of a song that is quite relevant today considering the surprise leak of the controversial - but not yet officially released - Supreme Court decision. Originally published here on June 27, 2013, it has generated a higher number of comments than one of my posts usually receives. 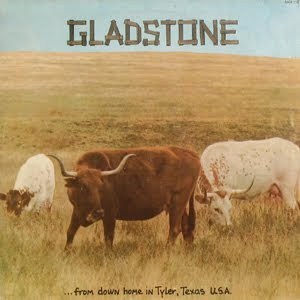 Have you ever heard of Mike Rabon? No? I didn't think so. He was the lead guitar player for The Five Americans, a band that charted five singles a long time ago. They reached the top twenty only once - in 1967 - with "Western Union," a song co-written by Rabon that is still played on oldies radio stations today.

Eventually, The Five Americans went their separate ways and in the early 70s Rabon hooked up with another band, Gladstone ("From down home in Tyler, Texas U S A," their debut album cover said). From that LP the unknown group lifted "A Piece of Paper" as a single. It only got as high as number 45 on the charts in October 1972.

The song's title was derived from the fact that all it takes to decree something legal - moral or not - is a signed piece of paper. Its lyrics are telling: "Some folks live by others paper, some folks live like they should." Featuring some very nice vocal harmonies, "A Piece of Paper" accurately reflected the era in which it was conceived. The band used it as a vehicle to express their opinions on many of the changing social norms and politics that were popular at the time. In less than three minutes the song's lyrics cover a lot of ground: the draft, war, marriage, religion, and abortion. It's a fine piece of music, but it's a relic of its era, so that could be the reason why the 45 RPM continues to languish in eternal obscurity.

Gladstone released a second album that received even less attention than the first one, so it's conceivable that no one heard it at all.