The Richie Furay Band Live at the Sellersville Theater, August 30, 2009

On Sunday, August 30, 2009, The Richie Furay Band played live at the Sellersville Theater, in Sellersville, PA. Furay took the stage with his current band who, not coincidentally, are all parishioners of the church he leads in Broomfield, CO.

Don't let the lineup fool you. This band could really play. Sellen is one of those consummate, multi-talented sidemen who can shift gears and change instruments at the drop of a hat. Lynch is a very good harmony and background vocalist. She is pursuing a professional singing career and in June Furay traveled with her to Nashville for her own recording sessions. 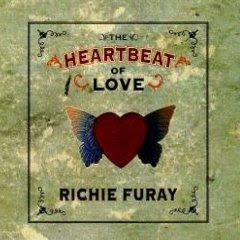 The show featured a couple of songs from Furay's latest mainstream CD of 2006, The Heartbeat of Love, two songs from his devotional releases, and an old, yet never recorded, Furay composition sung by Lynch. The rest of the evening offered an excellent program of well known Buffalo Springfield, Poco, and Souther, Hillman, Furay Band tunes. In addition to "Crazy Eyes," we were treated to an electric version of "Pickin' Up The Pieces," and country-rock standards "Just For Me and You," "Good Feeling To Know," "Kind Woman, "Go and Say Goodbye," "Nowadays Clancy Can't Even Sing," A Child's Claim To Fame, and more.

The Heartbeat of Love is the first mainstream work released by Furay in more than two decades. Lynch and Sellen are everywhere on the disc and the latter co-wrote a few of the songs with him. There are many guest appearances by the bandleader's old friends. Neil Young, Stephen Stills, Rusty Young, Paul Cotton, Timothy B. Schmidt, and Kenny Loggins are among them.

The twelve song CD features updated versions of "Kind Woman" and "Let's Dance Tonight." Because of his Christianity I'm sure Furay avoided writing anything too provocative or controversial so most of the rest of the disc is full of new songs about love in all of its various stages. If you are not bothered by his overly syrupy lyrics (most of them feature the words "love" and "heart" in abundance) this disc is outstanding. "Callin' Out Your Name," "You and Me," and the title track are all great radio songs that could have been huge hits if released in the 70s.

The vocals, the country-rock arrangements, the production, and the overall presentation of the disc are superb. Furay can still hit the high notes with ease even though his tenor has deepened slightly over the years. Age has given him a fuller and richer voice and that is a good thing.