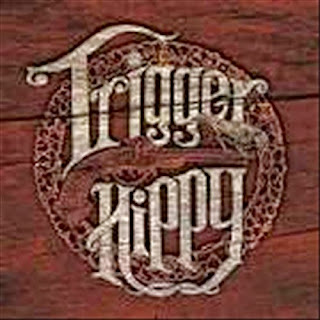 If you haven't heard of Trigger Hippy yet you need to take this opportunity to make themselves known to you now.

This (almost) supergroup brings together five people who already have good reputations in the music industry even if they are unknown to you. Joan Osborne ("One of Us") and Jackie Greene are excellent singers and the main composers of this fine new band. You should already be familiar with Osborne and hopefully, Greene too. He's a singer-songwriter who plays guitar and keyboards and has made several very good solo albums over the course of the last decade with influences ranging from Bob Dylan to John Mellenkamp, to The Beatles (You've got to hear his hard-charging, live cover of "Taxman.")

Rounding out the band are bassist Nick Grovnik, a well known session musician in Nashville, Tom Bukovic, a guitarist who also makes his living there, and Black Crowes drummer Steve Gorman.

Trigger Hippy is a boisterous, rock outfit with traces of Joe Cocker, Delaney and Bonnie, and Little Feat as well as some additional added spice from Music City's cross-state, R&B rival, Memphis. Despite the presence of two Music City stalwarts, there are no country influences anywhere. The quintet offers an earthy and bluesy foundation where even the ballads, "Heartache On The Line" and the album's closer, "Adelaide," avoid sounding anything like soft-rock.

"Turpentine" and "Tennessee Mud" is Osborne in her hard rocking mode. Her vocals on both songs simply explode into your headphones. She hasn't sounded this much like a blues queen since Relish, her 1995 major label debut.

Greene's "Rise Up Singing" is the catchy, radio friendly track on which he shares lead vocals with Osborne.

There are a whole lot of other songs to rock out to so turn up the volume now. This eponymous, eleven song release is a good, if not stellar debut.

Let's hope Trigger Hippy can keep it going and up the ante with their next set of tunes.