Carole King Vs. Stevie Nicks For The Rock Hall Of Fame 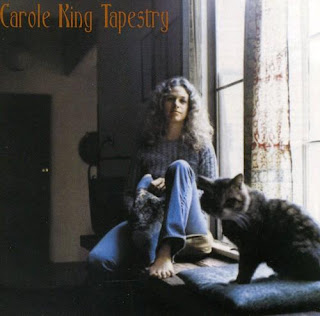 Stevie Nicks is the first woman to be enshrined into the Rock 'n Roll Hall of Fame twice: first, for her accomplishments with Fleetwood Mac and now for her solo career.

Getting straight to the point, I contend that on her own Nicks is, at best, a borderline case for the hall. There are female artists with more chart action and greater influence who haven't even been nominated.

Many of Nicks' top selling singles were duets and to me that detracts from her overall accomplishments. Would she have had the same success without Don Henley, Tom Petty, and Kenny Loggins? What did Nicks do on her own that Carly Simon, Tina Turner, Carole King, and others haven't? Historically, unless you're Joni Mitchell, female singer-songwriters have always gotten the short end of the stick.

Carole King is already one of the hall's most worthy members and she was rightfully inducted with Gerry Goffin as part of the phenomenal songwriting team that influenced so many recording artists in the 1960s. Giants such as The Beatles and Aretha Franklin covered their songs. Anybody with a modicum of pop music knowledge does not need me to to go over her resume.

King should be in the hall as a solo artist just for Tapestry. You can sing the praises of Nicks' Bella Donna all you want but when you compare each one's best album it's no contest. King's has gone down in history as a truly seminal work. It feels like there are hundreds of female singer-songwriters performing today and Tapestry is a big reason why. The album was so influential that she can almost be credited with starting that whole rock sub-genre by herself. Mitchell was highly influential too but King's record seemed to be the one that was on everyone's turntable back in the day. After her 1971 classic became a hit, it became common for young women to pick up a guitar (or in King's case, a piano) and follow their muse.

I'm not dumping on Nicks. I was a Fleetwood Mac fan and "Stop Draggin’ My Heart Around" and "Edge of Seventeen" are both pretty cool tracks. But since people are making a big deal out of Nicks being the first woman to be inducted twice it should go to someone who deserves the honor more. After all, the rock hall's criteria for induction is based on "the influence and significance of the artists' contributions to the development and perpetuation of rock and roll." If King doesn't qualify, no one does. Can you say the same about Nicks?